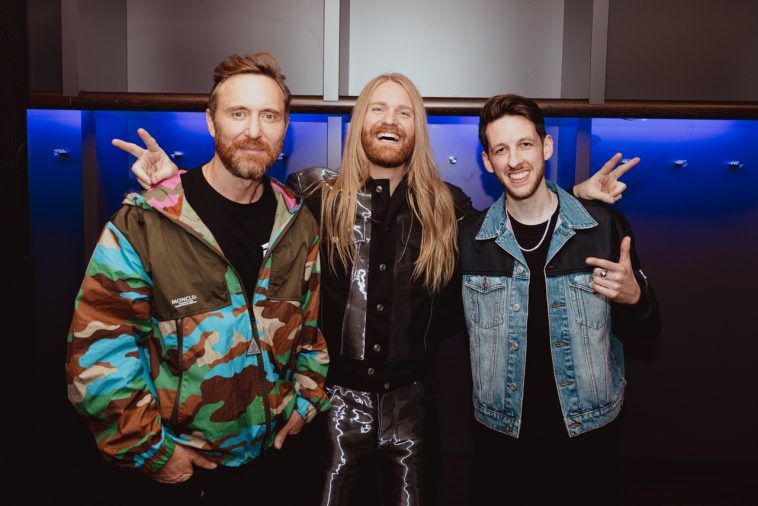 Sigala teams up with Eurovision legend Sam Ryder and French music megastar David Guetta on his latest single ‘Living Without You’ – a rousing and buoyant, house-inspired dance anthem that lyrically deals with the pain of leaving a loved one behind.

Serving as the follow up to ‘Stay The Night’ with British singer-songwriter and internet personality Talia Mar – which hit #11 on the Official UK singles chart earlier this year – the trio officially launched the track last month with a surprise perfromance in front of a hyped crowd at the iconic Ushuaia Ibiza Beach Hotel.

In an endearing video posted on social media, both Sigala and Ryder discuss the process of recording the infectious track, and the surprising location Sam laid down his final vocal…

“The first time I heard about ‘Living Without You’ I was heading to the studio to meet up with Sigala which was exciting for me because I’m a big fan!” an animated Ryder explains. “I was trying to sing it, and I say ‘trying’ because it’s an incredibly song to sing; there’s really nowhere to breathe! Anyway I did my best, but I knew in my head that I would have to record it again to get it just right.”

Interjecting for a second, Sigala exclaims:”No! What you did was incredible, and the vocal you put down that day was enough to know that this (song) was going to work!” Before Sam continues: “Thank you! I actually finished recording it in my conservatory at home and my neighbours were right there just hearing me sing ‘without you’ over and over again (laughs). But we got there in the end, and it’s a banger of a tune!”

Watch the official lyric video for ‘Living Without You’ below:

‘Living Without You’ is available to download / stream now.

Let us know your thoughts on Sigala over on Twitter @CelebMix now!