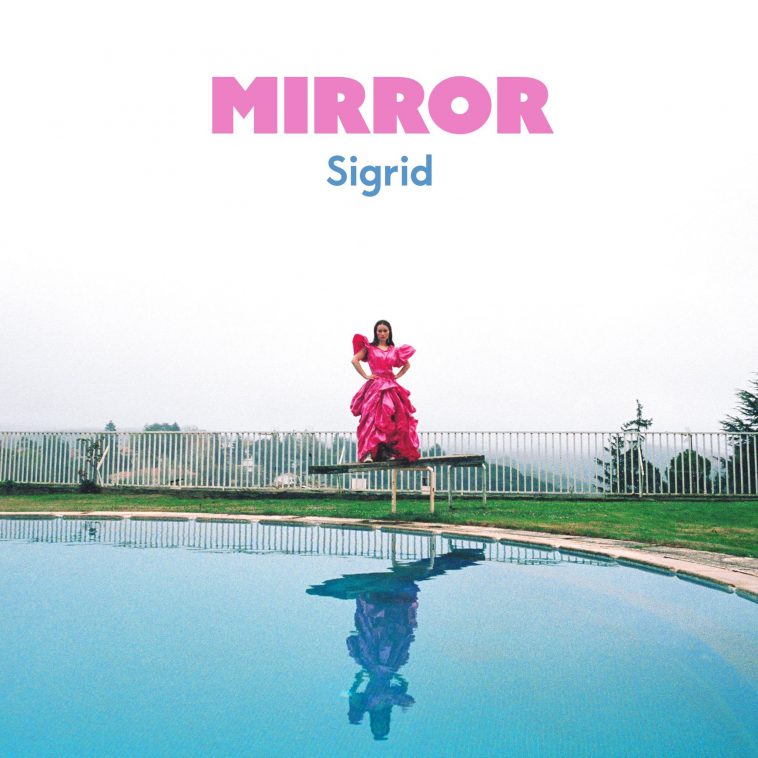 Pop hotshot Sigrid is back with a bang on her latest single ‘Mirror’.

The 24-year-old returns having cemented herself as one of the industry’s brightest talents after the release of debut album Sucker Punch in 2019.

On ‘Mirror’, the Norwegian whips up the same recipe that saw her rousing pop garner such approval two years ago.

The latest flick is a self-love anthem with sultry verses and big choruses in what is a surefire summer anthem.

It’s no surprise ‘Mirror’ sounds so good when you release the star’s songwriting talents have been combined with those of hitmaker Emily Warren in the writing process.

The track lands with a music video which sees Sigrid darting from one shot to another in a number of colourful looks.

Speaking about the video, Sigrid said: “We wanted to explore how conflicting it can feel to have different sides of yourself competing against each other, and not working together.

“And as I can’t stand still whilst singing, there’s a lot of dancing, running, driving – you can tell I had a great time on the shoot.”

The pop star shot to fame with her track ‘Don’t Kill My Vibe’ in 2017 and plotted a carefully planned route to pop domination.

Singles in ‘Strangers’ and ‘High Five’ followed as Sigrid began to make a name for herself with her trademark big-hearted pop hits.

When 2019 debut Sucker Punch dropped, the whole world was listening as it charted across the globe.

The record spawned a UK tour and a string of high-profile festival slots, including a memorable Glastonbury show.

Are you a Sigrid fan and loving ‘Mirror’? Let us know @CelebMix on Twitter.