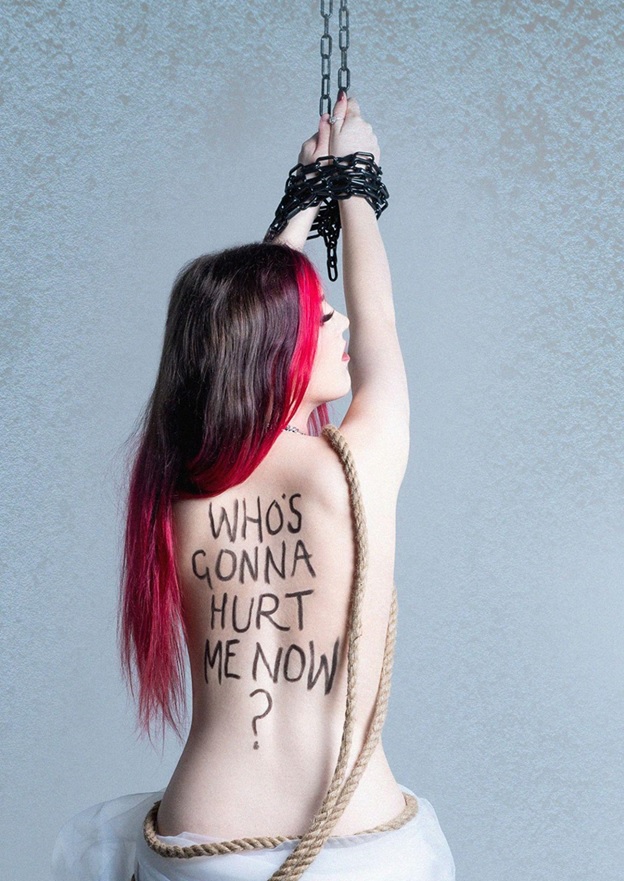 It’s only after you’ve stepped outside your comfort zone that you begin to change, grow, and transform by Roy T. Bennett.Creativity is an art and comes to those who put all their energy in pursuit of sculpting excellence. Envisioning skills and capabilities to inspire is an art form, and Isabelle Tizane Sara Miller, professionally known as Tizane, has done that impeccably. The fondest memory of Tizane was singing with her mother when she was growing up, which allowed her to explore her gift of creating music with a passion. Born on 3 July 2001 in London, England, Tizane has been singing and writing songs since she was 14. Tizane has completed one year of a music performance course and attended North Kent College as she simultaneously worked on her first album, Cherry, which was released in February 2021. Tizane now has her own recording label, Jiggery Pokery Records, which endorses new talent and emerging musicians.

When Tizane was growing up, she had acute anxiety, making her vulnerable and unable to attend school and social gatherings. Tizane would write and listen to songs when she felt down, which made her mentally strong and proficient. Through her music, Tizane wants her listeners to understand that everyone struggles with their mental health at some point, and they must pull through. Giving up is not an option, and TiIzane has consistently shown through her music by using various metaphors that it is completely acceptable to be exposed. An individual should be their authentic self and not let any external factors affect their growth. Music has been an outlet for Tizane that helped her express herself, and she hopes it helps others come out of their comfort zone.

Tizane believes that mental wellbeing is important, and awareness regarding mental health should be ample. As more and more information is available and individuals give attention to mental wellbeing, there is a collective change occurring around the world. Tizane believes that stigmatization of mental health has lessened, and people are more open about their struggles which has eased their turmoil. TiIzane finds peace and strength when she publicly talks about her mental health and hopes that her listeners find her music therapeutic. Tizane feels grateful and lucky for her amazing relationship with her family, as they have supported her throughout. With all that is going on in her life right now due to the COVID-19 pandemic halting concerts and musical events, Tizane wants to keep experimenting with different sounds. Tizane wants to instill uniqueness in her music and try out different instruments while meeting like-minded musicians.

Tizane wants her experience in producing music to be enjoyable and fun. Subsequently, her goal is to sing alternative pop as it allows her to explore many mixed genres. Tizane enjoys listening to Alternative Pop, Rap, and Indie as she feels connected and finds the music inspirational. With genres that Tizane relates to the most, she hopes to get motivation and produce music that resonates with her listeners. When Tizane released Cherry, it got a lot of appreciation, and she was named ‘The Enfant Terrible’ of Alternative Pop by Clash Magazine. Cherry has been streamed 4 million times on Spotify, which speaks volumes about her music. One of the songs from Cherry, “He Took It All Back,” is all about yearning and heartbreak, which is for those who have experienced desolation. Overall, the song is gentle, yet Tizane’s profound expressive music affects deeply and allows the listener to feel a connection with her.

Another memorable song of the album Cherry is “Are You Bad?” which talks about finding peace. While listening to it, one can understand the variations and difficulties that one has to go through to attain calmness. “Are You Bad?” is all about fighting the inner battles that are led by doubts and worries. Cherry, overall is a feel-good album that allows the listeners to feel connected and realize that their feelings are valid. When the world becomes difficult to handle, and insecurities and uncertainties become the norm, music is an outlet that is always there to make an individual feel safe. Tizane has remained strong and used all her strength to stay vigilant and positive throughout her musical journey. By choosing to practice resilience, Tizane wants to empower her fans and give them the power to feel that they can attain more than they imagine.

When a person begins to change their perspective by employing positivity, they can move ahead in life with ease. When a person fails, they tend to blame themselves and decide never to try again. By wallowing in misery, individuals only hurt themselves, which affects the energy surrounding them. By being pessimistic, a person tends to constrain themselves and fail to recognize the ample opportunities present in front of them. It is important to be optimistic and look at the bright side in happiness and despair. There are instances when a person may feel helpless, yet Tizane wants individuals to stay motivated and use music to process their feelings. When a person listens to music, they tend to lose themselves in the rhythm. The beat of a favorite song can make even the most tiresome day into a happy and lively one.

When a person seeks positive vibes, they will feel encouraged and motivated to perform and do better. Tizane has been a true source of inspiration for all those struggling in their lives and trying to find their calling. According to Tizane, music is her passion, and she cannot imagine herself doing anything other than singing, writing, and producing songs. The zest to be artistic is a talent as it allows an individual to have creative freedom and explore their skills. When individuals feel that they are enough, they tend to release themselves from any burdens that ultimately save them from pitfalls. Tizane has been inspiring her fans with her music and aims to help all those facing predicaments. Tizane has worked relentlessly to be authentic and wishes to see that in the world as well.