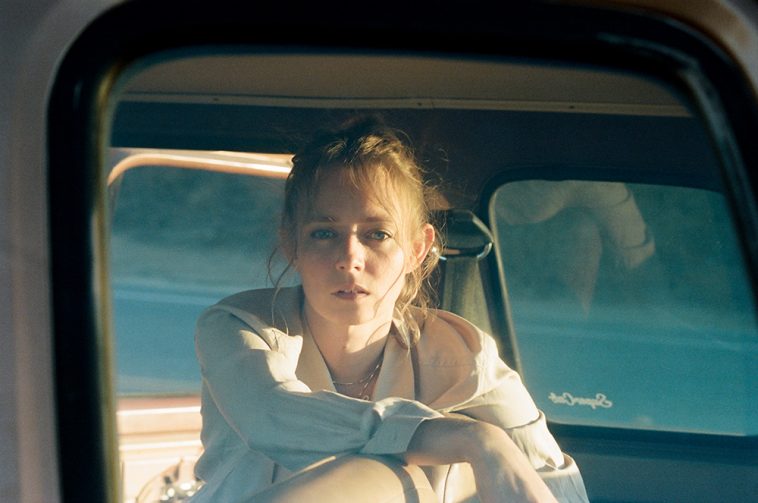 “This song feels more daring somehow, as I show more vulnerable sides of myself.”

Danish singer-songwriter Soleima, who previously collaborated with the likes of Baauer and Vasco, has just released her latest offering: a track titled “Roses” which is lifted from her upcoming studio album and follows the release of “Cheers for the Tears” and “STFU”.

Co-produced by GRAMMY-Nominated Jonny Coffer (known for his work with Lykke Li or on “High Hopes”) and Bastian Langebaek, “Roses” is an exciting new piece of alternative pop music.

The song lyrically “explores the moment you realized you crossed your own boundaries, and encapsulates the feelings connected to betrayal, both by those who have negatively influenced you and towards yourself for not remaining true to yourself“, according to the singer herself.

The emotions are reflected musically: the release is filled with strong bass lines, punchy and flawlessly delivered lyrics as well as a melody that sticks like grit. It’s a song that you will remember, not only for its honesty but also for its craftiness.

If you want to know about the track, we have got you covered. Soleima chatted with us about all things new: “Roses”, her upcoming album and her upcoming tour throughout the US and Scandinavia.

Be sure to read our interview down below and listen to the latest release by Soleima right here:

CelebMix: Before we start, we want to congratulate you on your new release! How does it feel to finally be able to share “Roses” with the world?

Soleima: It feels super great. I have worked on this song for a while and I feel like it is really representative of the whole vibe on the album. It feels especially exciting to share this one.

How would you describe “Roses” and why did you want to share it with us as your first release of the year?

‘Roses’ deals with the duality of the loss of self (compromising your values for more superficial things like career, money, success) and the empowerment of self-love, reconnecting with one’s identity. I feel like I’ve dared to show some more unflattering sides of myself on this song, as for example unjustified anger towards others. In that way this song feels more daring somehow, as I show more vulnerable sides of myself. It feels good though.

What was the process of creating the song like?

I wrote it with amazing and talented friends, and it was actually a really playful process. First we came up with the guitar part and the melody. Afterward I wrote the lyrics at home.

For “Roses” you collaborated with Jonny Coffer and Bastian Langebaek; in the past you have already created songs with Vasco and Baauer. Do you have any artists where you especially enjoyed the creative process with? And do you have someone you’d love to work with?

I am so blessed to be working with a lot of amazing people. I think what works the best for me in collaborations is the playfulness. That there are no rules and it can take as much time as needed to create a good song. That is what I love about all the people you mentioned here for example. I have many dream collaborators in mind. One right now would be the amazing artist Kali Uchis.

You are going to tour a lot this year: what can your fans expect from you and your shows?

I love playing the music live. I feel like the songs almost get a whole other life when they interact with people. The closeness of live music is strong, I feel. Fans can expect me to be all in and to want to get close to all of them.

How does it feel to play your first-ever US tour? Are the shows going to be any different from the ones you have been playing so far?

Of course it is always different to play in a new country where you have never played before. You need to present the music for people for the first time. The sets are short so it will be energetic and fun.

We have heard that you will be releasing your debut album later this year! Are you allowed to share more about the project? And do you have any personal favorites that your fans should have definitely stay tuned for?

The album will be released this March and I am really really excited. It is my first full length album, and I think that is a very special format. It will be called ‘Powerslide’. Think that is all I wanna say for now.

What inspired you during the process of creating the record?

Self-love very much inspired me in the album process. I think I came out of a process of being very hard on myself actually. Trying to be something that I was not and create music in that space wasn’t really how I wanted it. This album process has very much been about finding out what I want and how I am. Trying to give a little less of a fuck about what people think.

Penny for your thoughts: what are you personally most excited about this year and why?

Haha. Lucky to be excited for many things. Tour in the US, tour in Scandinavia, album, and a lot of other things that I am excited to share.

“Roses” is now available for purchase and streaming on the digital retailer and streaming platform of your choice. Find yours by clicking here. It was released via Atlantic Records.

What do you think about this latest offering by Soleima? Are you excited about her upcoming album? Tell us about it @CelebMix on Twitter or on our other social channels.