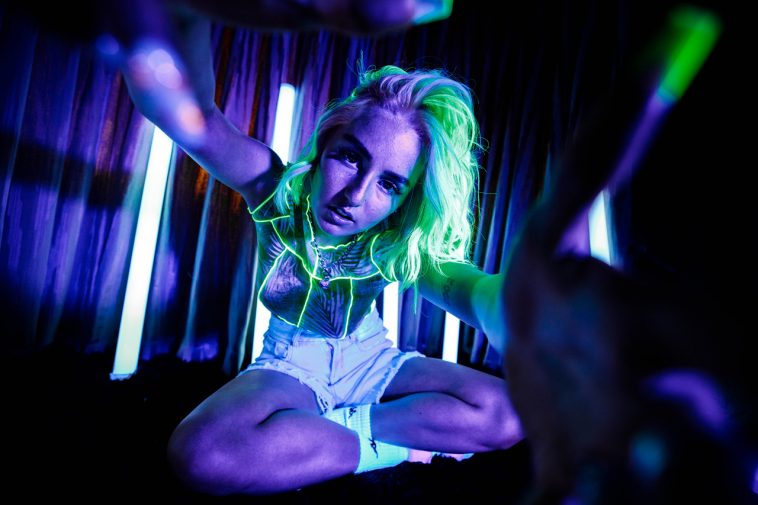 Sounding like Rihanna is every popstar’s dream, right? Well in this case, it’s one hundred percent true. Not that Sophie Doyle Ryder doesn’t instantly venture in her own direction. Vocal comparisons with Rihanna are where the similarities end, however, and with ‘Hunni Hunni’, Ryder proves that she is one to watch.

A pumping beat and colourful synths characterise the first few bars of the song before Ryder steps in with “rolled out of bed, whose clothes do I have on?” painting the picture of the morning after the night before – but she doesn’t have any regrets.

Sophie wants to “party til I can’t remember”, a fun-loving attitude which we just can’t help but get behind. Her upcoming debut EP is titled ‘Beginner’s Luck’, the carefree connotations of which are perfectly exemplified in this party anthem.

Everyone, and we mean everyone, should have their eyes trained on this young talent – we’re sure to be hearing a lot more of her soon.