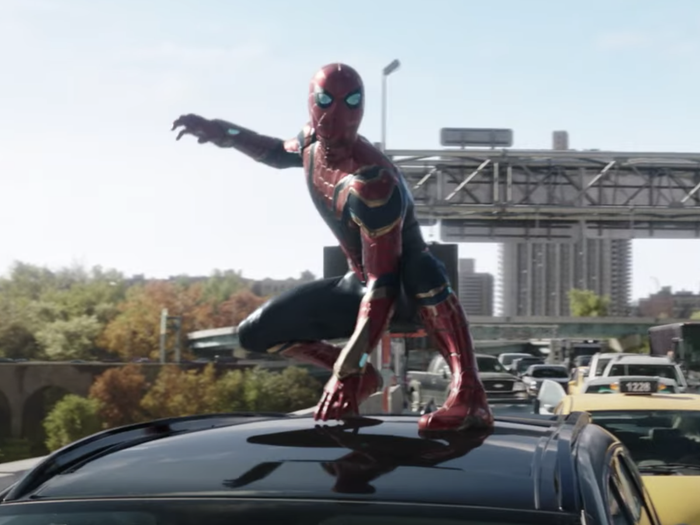 With less than four months until the most anticipated movie of the year, Marvel and Sony finally gave fans a glimpse into Spider-Man: No Way Home, and it is intense.

No Way Home picks up after the 2019 Spider-Man: Far From Home, where Mysterio (Jake Gyllenhaal) reveals to the world that Peter Parker (Tom Holland) is in fact Spider-Man, and has just ‘killed’ Mysterio.

Struggling with the world knowing his superhero identity, Peter turns to Dr. Strange (Benedict Cumberbatch) for help, and in turn changes the course of the timeline, opening the multiverse. “The multiverse is a concept about which we know frighteningly little,” Dr. Strange tells Peter.

While the multiverse has been hinted at ever since Into The Spider-Verse, and through WandaVision, Loki, and of course, Avengers: End Game, No Way Home appears to be the first time we will see the true extent of how the multiverse operates.

Not only will the film feature loved Marvel Cinematic Universe characters, but also return old villains. Most notably, Doctor Octopus making his arrival into the MCU and hinting at the return of Green Goblin. So, does this also mean Tobey Maguire will be reprising his role?

The hype has most definitely boomed for the third instalment of the Spider-Man series as the trailer already gathered over 24 million views on YouTube and over 31 million views on Twitter in less than 24 hours.

While the trailer has broken the web, Tom Holland revealed on his Instagram story that the trailer “is just the tip of the iceberg, (you) have no idea what else is to come.”

For all the latest from our favourite friendly neighborhood superhero, make sure to follow the CelebMix account!