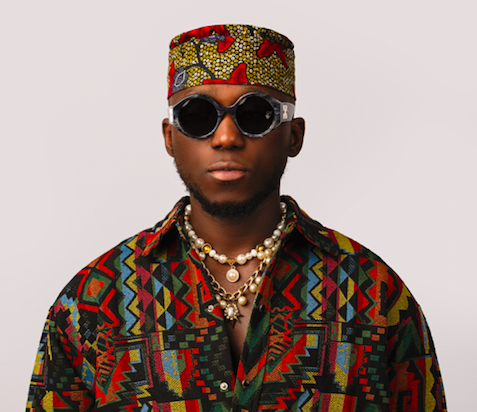 Following his EPIC, sold-out headline show at London’s XOYO in 2019, award winning DJ, producer and songwriter Spinall is set to return to the U.K. this September, with an extra special show set to take place at the indigo at The O2.

Brought to you by Smade Events and TheCAPMusic, Spinall promises to give fans a night they won’t forget! Famous for his explosive stage presence, killer melodies and addictive mix of energetic Afropop sounds with Hi-Life, Hip-Hop and R&B, the energetic show looks set to the party of summer 2021.

Tickets for the gig are set to go on sale on Friday, July 23rd.

Currently riding high following the release of his fifth studio album GRACE, which to date has amassed over 100 million streams across all platforms, the symbolic record has achieved widespread acclaim from both music critics and fans alike, all of whom find themselves drawn to the Sere singers effervescent energy and irresistible rhythms and rhymes.

With the exciting announcement of his forthcoming London show, and with even more new music stated to be released throughout the rest of the year, Spinall looks set to continue his journey as one of music’s brightest stars in 2021!

Let us know your thoughts over on Spinall over on Twitter @CelebMix now!