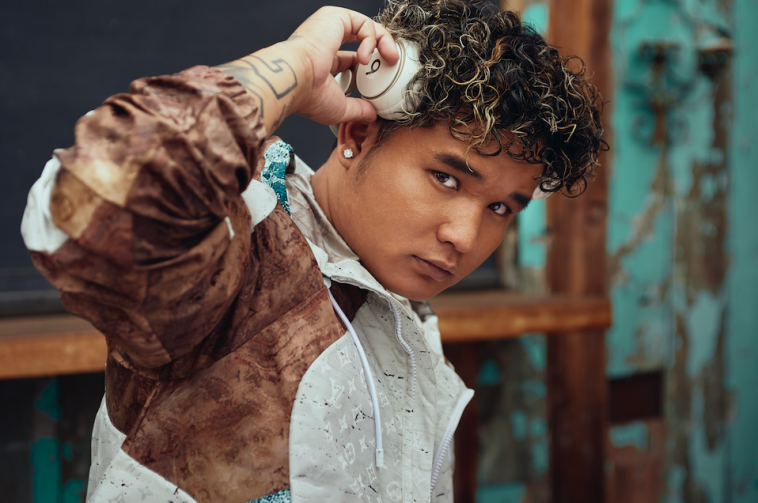 San Diego based hip-hop artist and YouTube sensation Star2 just released his powerful new visuals for his latest single “I Wanna Get F’d Up.” The track features the noteworthy rapper Luh Kel, who is best known for his platinum hit song “Wrong.” Together, the two artist’s collaboration results in a dynamic fusion of musical styles and backgrounds, while telling a somber tale of heartbreak and devastation.

In “I Wanna Get F’d Up”, the storyline is about detachment and loss, and how Star2 deals with a painful break-up by withdrawing physically, mentally, and emotionally. The song is deeply earnest, exposing deep emotions over a penetrating melody and a dark melancholic beat. The music video shows Star2 at odds with his former lover, as the world around him crumbles and falls apart. Left to his own devices, broken-hearted Star2 turns to a world of escapism decorated in lucid and mind-boggling CGI effects.

Star2 further confides, “Making this video with Luh Kel was dope as hell.  We used CGI (computer generated imagery) with a green screen to make Luh Kel’s car fly and to make me fall hundreds of feet backwards off a cliff into the ocean – swimming underwater. This song is for everyone who has been done-wrong in a relationship and just wants to get f’d up. Even though it’s hard because you really love that one person – there is at least one time for everyone when after a breakup you just want to be gone – gone from the universe.”

Star2 is an Asian-American songwriter who has overcome great challenges to get to where he is today. The artist, who was born into a refugee camp as a young child, escaped his home country and made a new life for himself in San Diego. Garnering recent success as a rising artist, Star2 is making a name for himself as part of the new wave of hip hop.

Check out Star2’s new video for “I Wanna Get F’d Up” here and tweet @CelebMix your favorite part!