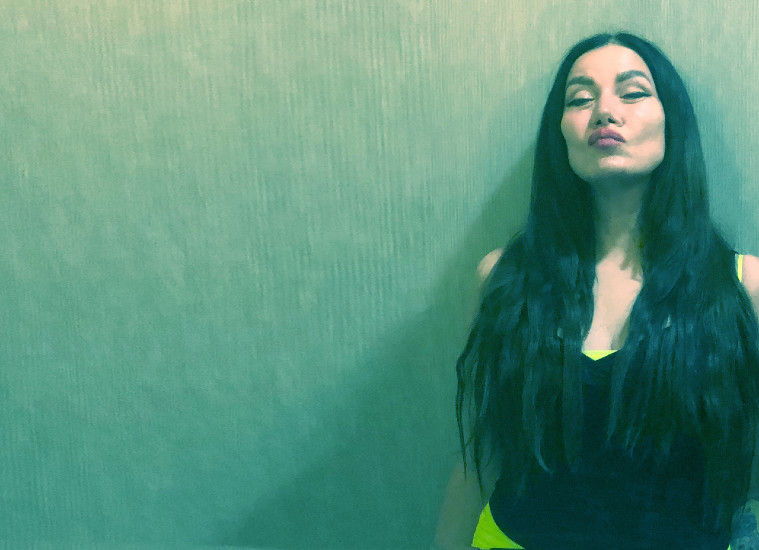 Talking about the EP, Moon shares, “The opening riff was penned to catch listeners off guard and to perhaps impress some of my old school fans who thought I wasn’t writing enough rock riffs. The funny thing is that I’ve always been into different types of music, but this time around I was feeling the world didn’t have enough edgy rock going around, so I’m here to deliver. The lockdown has allowed me plenty of time to write dozens of additional songs and put the final touches on this EP along with others, I have so many stories to tell on these songs.”

Renowned as a hard rocker, Moon began infusing her music with a variety of electronic elements on previous releases such as “Crazy (What You Make Me)” and “Sound.” On Translucent, she returns to her hard rocking sound, yet retains her focus on her popular electronic progression, infusing elements of alt-rock, soul, punk, and electro-pop.

Translucent encompasses six of the 20-tracks Moon recently laid down in the studio. The remaining tracks will appear on planned releases during 2020.

Since beginning her career in the ‘90s, signed to a major label, Betty Moon has released nine albums via her own label Evolver Music, Inc. Her most recent release was 2019’s Hellucination, which received vast media acclaim, along with massive airplay and beaucoup streams.

“Monsters In My Head” travels on low-slung electro-pop textures, while Moon’s sensuous voice infuses the lyrics with urgent necessity. A dazzling guitar solo, simple, yet potent, fills the song with incandescent energy.