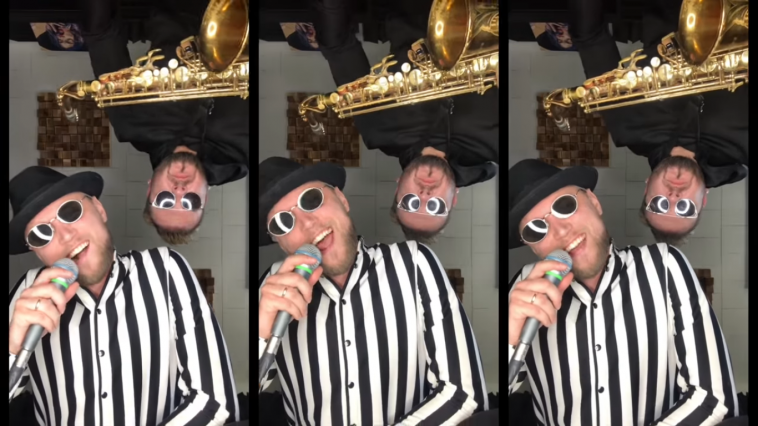 This week Eurovision favourites, Sunstroke Project, have released a double dosage for their fans. First up, they released a brand new single that is in Russian, which is titled “Rasstrelyay Lyubov’yu” – which means “Shoot With Love” in English. Then, a few days later, they released a mood video for their previous song “Pepperoni”.

Sunstroke Project, consisting of Sergey Stepanov and Sergei Yalovitsky, are best known for representing Moldova at Eurovision twice. In the 2010 contest, they collaborated with Olia Tira with the song “Run Away”, which scored 27 points, placing them in 22nd place at the Grand Final. It was a different story when they returned in 2017 with the song “Hey, Mamma!”, they were one of a few public favourites, scoring a total of 374 points, placing them third, which is Moldova’s best placing in the Eurovision Song Contest, to date. They’ve had quite the lengthy career having released multiple singles as well as one album and two EPs. Most people know them for their time as a trio, but in early 2019 Anton Ragoza left the group.

This new song has been written by Dmitry Konovalov, whilst Alexey Streltsov handled the mix and mastering. The track focuses more on the lyrics and Sergei Yalovitsky’s vocals rather than their upbeat dance numbers that we’re used to, but when the chorus kicks in we hear the sexy sax we know and love but mixed into a trance-like wave that would certainly help a party to get started.

The tongue-in-cheek artwork is bound to draw people into listening to the song, but you just wait until you watch this “mood video” below for their English song “Pepperoni”. We didn’t think it could get much better than the song itself – we actually liked the lyric video too, but now this mood video is a mood in itself. Just when we need a true pick-me-up, Sunstroke Project delivers right on time.

They clearly still have the fun energy that they brought to the Eurovision 2017 stage. We watch Sergey Stepanov and Sergei Yalovitsky perform their song in a vertical video, whilst various other videos from listeners of the song are shown. It reminds us of TikTok, giving us quick funny clips to accompany the track. It’s a total must-watch and will certainly bring a smile to your face.

Both Sunstroke Project songs, “Pepperoni” and “Rasstrelyay Lyubov’yu”, are available to download and stream right now, via BIS Music. We believe this duo are having quite a strong 2020 so far, and we’re excited to see what they have in store for us during the rest of the year.

What do you make of the two new releases from Sunstroke Project? Let us know on Twitter @CelebMix.