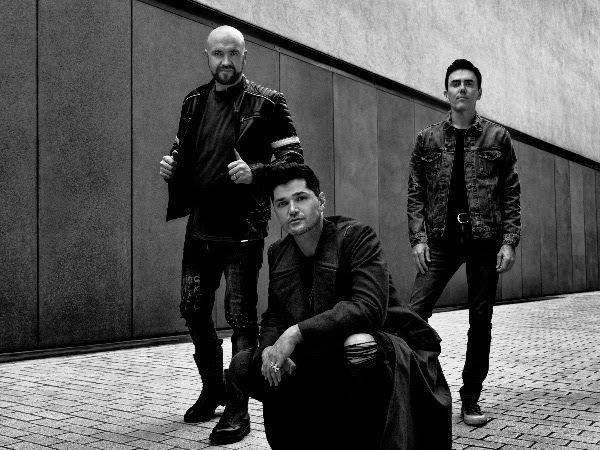 The Script take fans on an epic trip down memory lane in the video for their latest single “I Want It All”.

Directed by Charles Mehling, the ‘I Want It All’ video takes fans on an emotionally charged flashback to countless unforgettable moments from the band’s history. The Script’s energetic performance is interspersed with archive live performances and behind the scenes footage, which takes them right back to their roots.

The band launched ‘I Want It All’ with a session for Zoe Ball on Radio 2. The song features on their career-spanning greatest hits album ‘Tales From The Script’ which will be released on October 1st, and comes ahead of a huge UK and European Greatest Hits tour which runs from February to June 2022.

‘Tales From The Script’ compiles all of the biggest hits and fan favourites from their six albums so far. It highlights the classic cuts from the trio’s catalogue, taking in the likes of the #1 smash ‘Hall of Fame’ (featuring will.i.am) and the Top 10 hits ‘The Man Who Can’t Be Moved’, ‘For The First Time’ and ‘Superheroes’. It also includes landmark moments and staples of their live show including ‘Breakeven’, their debut single ‘We Cry’, and ‘Rain’.


The Script’s 2022 Greatest Hits tour includes a huge London show at The O2 and culminates with two homecoming performances at Dublin’s 3Arena. They will be joined by special guest Ella Henderson at all UK and Ireland dates. The remaining tickets are available from www.ticketmaster.co.uk and  www.gigsandtours.com.

‘Tales From The Script’ will be released on CD, digital and cassette formats, and is available to pre-order HERE.