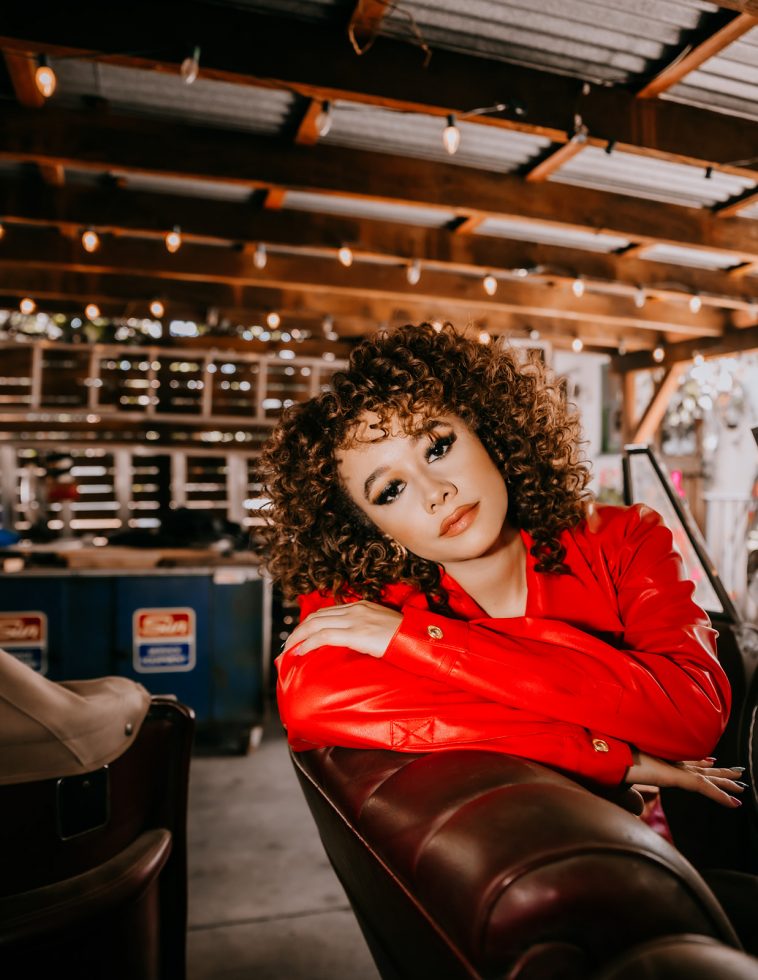 Famed actress and singer Talia Jackson returns with a new single and accompanying visuals for the riveting “19.” Released right before her 20th birthday, “19” details the story of growing up too fast, but how finding someone special can help relieve the stress of it all.

Talia confides on the release, “I grew up fast, the industry will do that to you, especially if you get started young. I’ve always felt like I’ve been around longer than I actually have and I’ve struggled with my mental health for so long that I was exhausted with life. Then I met a person who made me feel so incredibly seen & heard that even the shitty days felt like heaven. He showed me that there is so much more to life than just the bad moments and helped me feel safe enough to be one thousand percent me.”

Sonically, “19” is full of vibrant and colorful melodies, pop rock landscapes and an impactful sing-along chorus.  Talia Jackson has an uncanny ability to meld genres including pop, rock and electronic into a sumptuous musical narrative highlighting coming of age issues that are relatable and pertinent. “19” is another example of how music can heal, with Talia being open about her mental health struggles, she encourages others to not be afraid of asking for help and using creativity to help express our own selves.

The accompanying visuals are a whimsical journey, where the songwriter is thrown into another world complete with an Alice in Wonderland theme with ornate furniture, glamorous costumes, and decadent deserts. The backdrop highlights the excessiveness of Hollywood and how a young person thrown into that can feel lost and confused.

Talia Jackson is not only an accomplished singer, songwriter and performer but also a well known actress who is currently starting as Jade in Netflix’s celebrated series Family Reunion.  Take a listen to “19” now and tweet us @CelebMix with your thoughts.