The children of Ronald McDonald House in New York received a cheerful visit from the Twilight star Taylor Lautner.

So much love and appreciation that he took time out of his day to go and see the little kids there. He just hugged them and smiled as he visited with some of the families staying at the organization, and during his appearance, Taylor took his time to also pose for some photos and to give autographs.

Lautner also posted a photo on his Facebook, and said:

“I had such a great time visiting the Ronald McDonald House in NY last week. The kids and their families inspired me with their strength and bravery.” 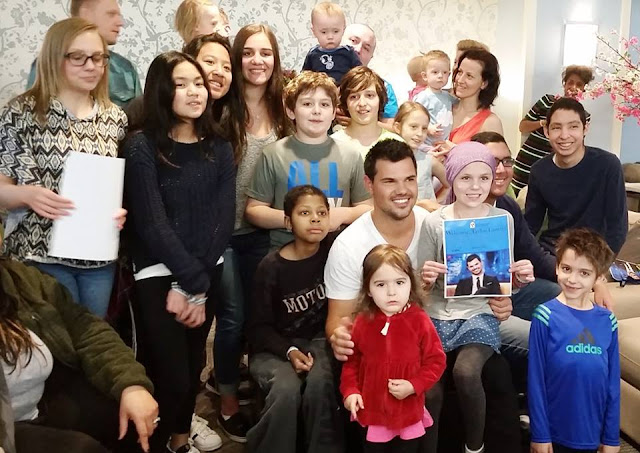 The children in New York really enjoyed the visit of the young actor, who just seems to make everything brighter while he’s also working hard and taking all of his energy into the projects he’s doing.

Recently, Taylor appeared on The Tonight Show With Jimmy Fallon and promoted his latest movie.

This is such a fun surprise!