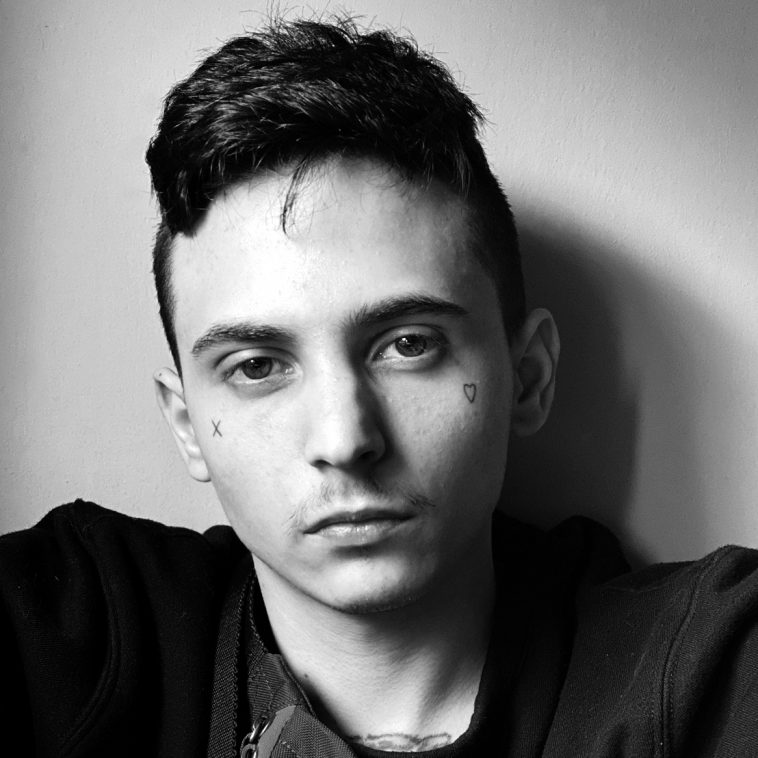 When visionary 3D artist, digital designer, and art director Leopoldo D’Angelo first plugged into the world of graphic design in 2009, he could have never anticipated the wave he would make with his Cyberpunk creations. Taking his inspiration from futuristic sci-fi masterpieces like Blade Runner and anime cult favorite Ghost In the Shell, D’Angelo, or Dangiuz, as he goes by online, has created mind-blowing visions of neon-saturated, dystopian cities. With 24.5k followers on Instagram and multiple features in the illustrious Maxon Gallery, Dangiuz’s immersive Cyberpunk world is striking and unforgettable. And now, for the first time, he is giving us a glimpse behind the curtain of what goes into creating his Cyberpunk designs and sharing what makes them extraordinary. These three hacks will have even beginners creating the ultimate Cyberpunk designs of their own:

Start With the Background

Cyberpunk settings are often rooted in grungy, wire-choked, metropolises. Choosing the right urban imagery sets the stage for the essence of the world. Adding futuristic elements to recognizable ones is the key to creating a world that is Cyberpunk! If visualizing a unique digitally dystopian cityscape seems like a bit too much you can try using CG-rendered backgrounds as a base and building up from there. One thing to keep in mind is that Cyberpunk imagery has long been influenced by East Asian aesthetics—Japanese in particular—so try melding Western and East Asian imagery for a jumping-off point for your Cyberpunk designs.

Vibrant colors are one of the most defining features of Cyberpunk art. Especially because much of Cyberpunk art and film tends to take place in the velvety blackness of night. Neon lights and contrasting colors boldly accent what would otherwise be grim and gritty cityscapes. To make your Cyberpunk designs really pop, try featuring the light source from unusual angles. Instead of a light streaming down from above, try to come at it from below. In many ways, the Cyberpunk genre is experimental so approaching your Cyberpunk designs with that mentality can lead to dazzling effects. For instance, using lower lighting and photoshop layers, you could create a force field or portal effect.

Chromatic aberration—even the word is Cyberpunky! But don’t worry. It’s not exactly a brainbuster to figure out. Chromatic aberrations are simply digital distortions. They’re what happens when a lens doesn’t properly line up colors, and the wavelengths of the different hues bleed into one another to create luminous masses of color. This warped effect is one of the most iconic and striking elements of Cyberpunk art. By harnessing the power of chromatic aberration through manipulating layers in Photoshop, you can conjure up a blurred, neon-saturated, dystopian scene. The easiest way is by using the Lens Correction tool, to well, un-correct your image

Dangiuz’s final piece of advice for aspiring artists? “If you’re creating arts, you shouldn’t just create trend [y] stuff for fame. Do what you really love. Do it because you care, because you really feel it and because you can express yourself.”