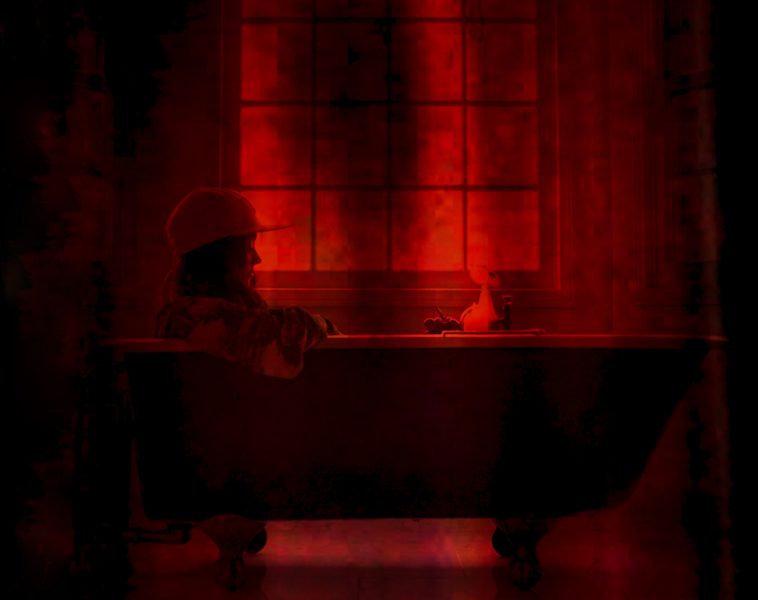 The new release sets a different tone in comparison to previous songs: while “Would It Make You Feel Better” among other lead singles were more upbeat and dance-focused, “Bloody Waters” takes it slow. Lyrically, the track neatly follows the theme of Lisa facing an impending disaster that was first introduced in “Running From The Sun”. “Feels like we’re racing to hell just for the tan lines“, she sings during the chorus while a steady beat accompanies her in the background. The song itself almost feels like a brother of “Useless”, which would make sense, since both share the same producer.

Talking about the song in a press statement, Lisa explained that “Bloody Waters is about a feeling of collective doom. The guilt that sticks to you when you’re sad for the world but too weak to do anything about it. But there’s still a sense of hope, for you know if you can one day muster up the strength to repair yourself, the world can too.“

The duo also shared a music video for their latest release, which features Lisa sitting in a bath tub, contemplating the world, while her surroundings grow darker and darker. Watch the visuals right here:

“Bloody Waters” was released in anticipation of Terror Jr’s upcoming second album “Rancho Catastrophe” via Grape Music / Opposition. It is now available for purchase and streaming on the digital retailer of your choice. Find your preferred one by clicking here.

Production was handled by Kid Froopy (“Useless”) who also helped write the track with the the two band members.

On Instagram, the band promised that “before our new album Rancho Catastrophe is unleashed upon the world, let’s get a little emotional“. So, if we can trust their word, “Bloody Waters” might be the last official single before the official album release.

What do you think about Terror Jr’s latest release? Share your thoughts with us, either on Twitter @CelebMix or on our other social media channels.