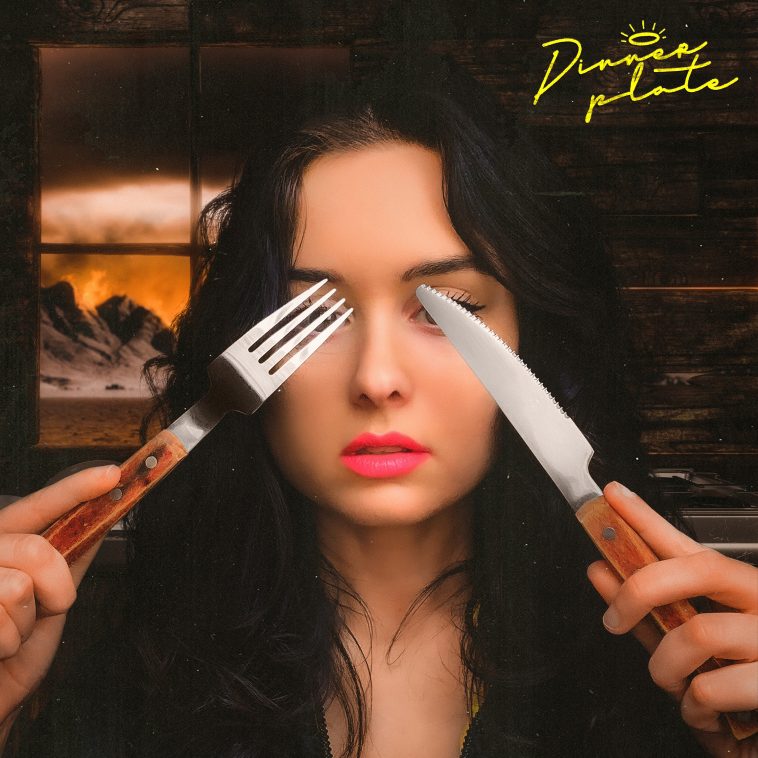 Bring a fork and a spoon because Terror Jr have just delivered a “Dinner Plate” filled with pure goodness! And you definitely want to enjoy this feast.

Terror Jr, known for crafting sweet-tasting bops like “Come First” -which lands at close to 100 million streams on Spotify right now- or “9 2 5“, have returned today with probably their finest selection to-date.

It is their first appetizer off of their upcoming full-length record “Rancho Catastrophe” and we have to admit: we can already feel our mouth watering in anticipation. This new track by Terror Jr is titled “Dinner Plate” and it is truly as delicious as it sounds.

“Dinner Plate” starts off with Lisa singing over a strummed bass guitar. “I heard you’ve been fasting, right? Broke, but you got an appetite“, she asks sweetly before telling the other person to “better finish what I serve tonight“. It’s a song with a sweet tooth that manages to showcase its true strength during its last thirty seconds, once it reaches its climax (and -prematurely but very cleverly- ends just as Lisa yells “Don’t stop!”).

The band themselves describes the track as “our most Come First record since we made Come First”. The title is, in case you haven’t already notices, a little throwback to one of their earlier songs “3 Strikes” during which Lisa sings “Doing like 95 on the interstate, looking for a dinner plate”.

For us, “Dinner Plate” feels like a welcome return to the band’s true origin, as if the band really dug their creative heels into their sound over the course of the last months and is now surer than ever about who they are and what they want to sound like. They seem at ease with themselves and masterfully deliver this beauty, without sounding repetitive. It’s a freshly served and perfectly-cooked dish with all of the fan-approved ingredients.

“Dinner Plate” was released today via Grape Music / Opposition and is now available for purchase and streaming on the digital retailer and streaming platform of your choice. Find yours by clicking here.

The song was written by Terror Jr and their frequent collaborator Lincoln Jesser. The latter also handled production on the track.

It was released as the first teaser off of their upcoming record “Rancho Catastrophe”, which will be their first independently released full-length album, following major label releases such as “Unfortunately, Terror Jr” and the Bop City Trilogy. “Rancho Catastrophe” is described as a new world created as a haven for people to escape to and survive the impending apocalypse.

We’ll keep our ears and eyes open about any upcoming updates. For now, we will continue to bop to “Dinner Plate”.

Are you satisfied by the meal Terror Jr are serving? Let us know, either on Twitter @CelebMix or via our other social media channels!