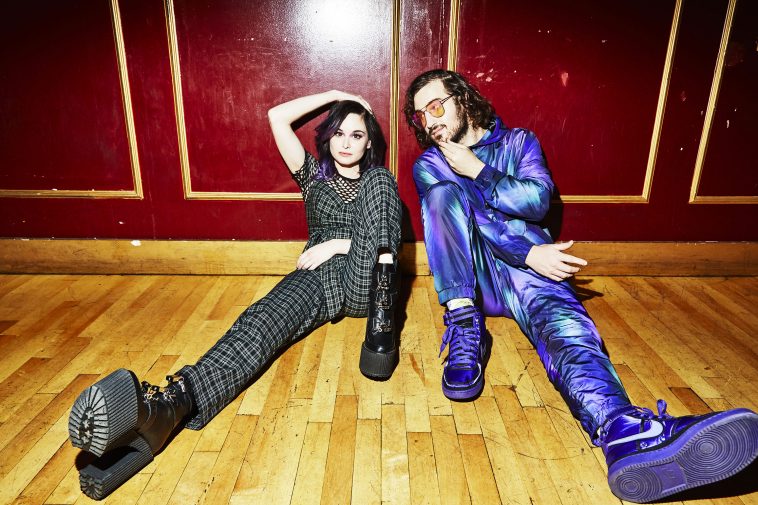 Will you run from the sun with Terror Jr?

It’s time for a rave with one of our favorite bands at the moment as Terror Jr have just dropped their latest track, “Running From The Sun”, and it might be their most experimental one yet.

For their latest release, the duo teamed up with producer Cole M.G.N. again, who first worked with Lisa & David on last year’s “Enemies”. But don’t assume the two tracks are alike: while “Enemies” was a heart-breaking ballad, “Running From The Sun” switches gears and ups the tempo by a lot.

“Light me up with your touch , let’s get weird I don’t judge“, Lisa sings over a hectic electronic beat, reminiscent of some PC Music artists. “It feels like ecstasy, let’s stay up til we can’t no more“, she continues just before the song reaches its chorus. Under all this charged-up energy and the desire for the night not to end, there are also some more serious undertones. Lines like “why’d we go to sleep just to wake up in a broken dream” reveal that the band might want to escape more than just the sun that had already burned them in stand-out hit “Caramel.”

On Twitter, the band shared a couple of thoughts about the background of their latest single, revealing that “we wanted to make one of those rave songs you heard as a kid before you knew was raving was”. It’s “riot music” about “literally running from flames”.

On their Spotify page, the band also advised for you to listen closely. Feel free to dig in and start raving:

“Running From The Sun” was released via Grape Music / Opposition. It is now available for purchase and streaming on the digital retailer and streaming platform of your choice. Find your preferred one by clicking here.

“Running from The Sun” arrives as the third lead single from upcoming second album “Rancho Catastrophe”, to be released later this year.

What do you think about Terror Jr’s latest single? Tell us what you think, either via Twitter @CelebMix or on our other social media channels.