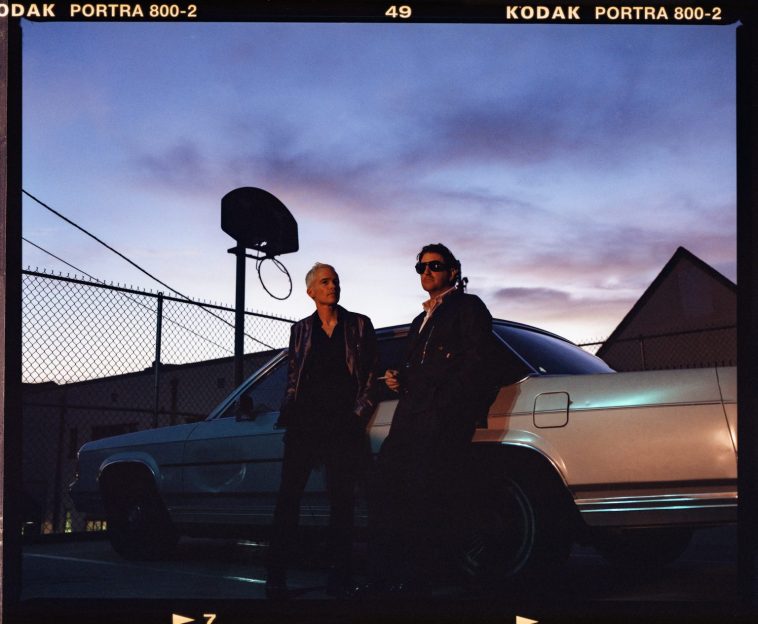 Australian electronica group The Avalanches have shared with fans the official music video for their latest single We Go On – a glorious and uplifting dance collaboration with nu-disco artist Cola Boyy, and Mick Jones from The Clash.

Directed by Jonathan Zawada and Michael Dole, the super creative clip is described as a “transcendental journey through a mystical Avalanche-esque streetscape”, where psychic and clairvoyant storefronts light up with neon signs revealing the tracks … lyrics.

On working with Cola Boyy, the duo say in a press release: “Cola Boyy is one of the most talented producers and writers around, as well as riotous good fun – having him on the same record as Mick Jones made so much sense to us”.

Watch the official music video for We Go On below:

We Will Always Love You: “the vibrational relationship between light, sound and spirit.”

With the release of their critically acclaimed, third studio album We Will Always Love You, which recently won the prestigious 2020 Australian Music Prize, the Avalanches continue build upon the groundbreaking, sample-based sound that first made them famous over 20 years ago.

Taking its title from a sampled slice of “ethereal harmony” by singing sisters The Roches, We Will Always Love You doubles as “an exploration of the human voice” and a spiritual reckoning via the big questions “who are we really? What happens when we die?’”, the record features guest appearances from an array artists who contribute vocals and lyrics including MGMT, Rivers Cuomo, Denzel Curry, Johnny Marr, Neneh Cherry, Perry Farrell, Karen O, Sampa the Great, Tricky, Kurt Vile, and Blood Orange.

Let us know your thoughts on The Avalanches over on Twitter @CelebMix now!