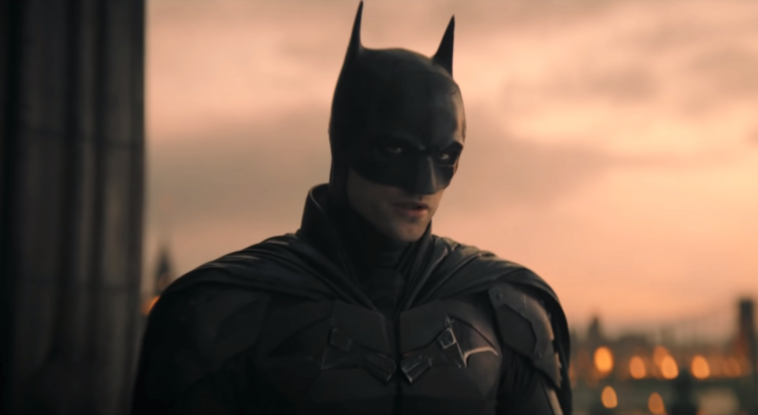 After years of waiting, DC fans have finally got the gift they have all been waiting for: the release of one of 2022s most anticipated movies The Batman. Over the last 80 years, many, many reboots of the beloved comic book character have been created, but arguably none as dark as this.

If you are looking for a light-hearted, fun, and vibrant movie, this is far from it. Director Matt Reeves had long stated that he drew on dark, grungy, and gritty influences for this film, which is incredibly evident from the opening scene alone. We are introduced to Gotham with their current Mayor immediately being murdered and treated to a ‘whodunnit’ moment all within the first five minutes. The narrative swings The Batman into a noir: multiple murders at the hand of The Riddler (who matches the Reeves aesthetic by a more toned-down costume, rather than neon green.) Immediately, Gotham is presented to us as a dark, dangerous place, overflowing with little opportunity and an abundance of dark secrets.

Unlike previous reboots, we don’t witness the upbringing of our protagonist, we don’t witness him actually ‘becoming’ Batman. From the offset, he is a fully formed hero tackling crime in his city. Without a shadow of a doubt, Matt Reeves wanted his Batman to be incredibly different from recent adaptations. Bruce Wayne (Robert Pattinson) is presented to us as incredibly grungy and emo, a far cry from the years of suave Wayne, he is ripped straight from the 90s grunge bands. The gritter image of Bruce is a breath of fresh air to the trilogy, as we get to visually see the effect of everything that has happened to the beloved character. While many feared Pattinson portraying the beloved hero, he does a phenomenal job, even with minimal dialogue, Pattinson embodies the role and can do so much, even with the mask on.

In addition to our new Batman, we are introduced to our incredible Selina/Catwoman, Zoë Kravitz. Zoë is a perfect casting and Selina is brilliantly written. She is fierce, independent, and willing to stand up to Batman. The build-up from their solo ventures to eventual tag-team is fantastically written and Pattinson and Kravitz’s chemistry makes for a perfect Bat and the Cat.

Darkness is of course, prevalent in all Batman films, however, Reeves’ aesthetic only amplifies this. Gotham is bleak, even amongst the city lights, it is a gloomy and downright depressing city. Even in the nightclub scenes, the darkness that engulfs Gotham is overwhelmingly present with how little the club’s lighting can lift the mood. A thrilling addition are the shots alluding to evil or the Batman always lurking in the darkness. The tension built up during these moments almost aided the film to feel borderline horror or thriller-like. Evidently, Reeves wanted it to be known in all aspects that darkness and evil uphold this city, and quite frankly, it was very beautifully done.

While the casting is perfect, the writing is fantastic and the cinematography is beautiful, one minor flaw is the pacing. At times, scenes felt overly long or made you wonder when certain moments would end. However, this is minor compared to how gripping the rest of the film was.

The Batman is a near three-hour-long exciting journey through the revamped tale of one of the biggest superheroes of all time. It leaves you incredibly satisfied, yet hungry for more in the future.

Can we also take a moment for the slight teaser that was Barry Keoghan as Joker…that is something that definitely needs to be explored.