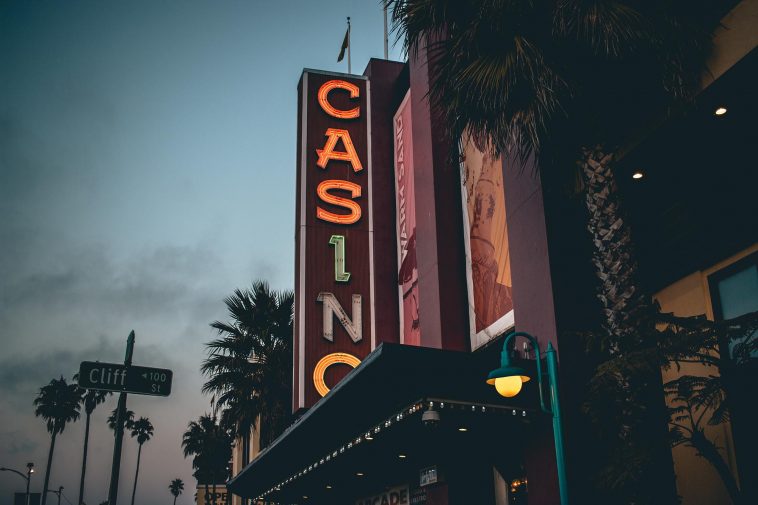 Casinos are a billion-dollar industry. It’s worth 227 billion dollars, to be exact, according to Statista. Why? Because there is a provocative and exciting lure to casinos. Thanks to James Bond and the Ocean sagas, amongst other films, casinos are more than just about winning money. They’re about class, style, and fun. Still, people go to the casino to win money. Often, success doesn’t matter to most people; it’s the entertaining lure of a casino rather than gambling.

It doesn’t get more entertaining than spotting a celeb, so keep reading to see who you’re most likely to find at a casino.

There’s a lot you won’t know about Matt Damon. One of them is that he’s also a professional poker and blackjack player. The 50-year-old, born in Cambridge, Massachusetts, is best known for his role in Jason Bourne, The Great Wall, and The Martian. He’s won Golden Globe Awards, multiple critics awards, and even gambling tournaments.

Matt is an excellent poker player, often teaming up with other stars like Ben Affleck to play at some of the most luxurious casinos. As well as being linked to many famous casinos worldwide, he also likes to partake in various tournaments, both online and in land-based casinos. Attributed to Matt’s success in casinos is that one of the most recognized poker players trained him, Johnny Chan, for a film he starred in, namely Rounders.

Brad Pitt is a sort of acting legend. While he doesn’t star in as many films as he used to, the aging (gracefully) Brad Pitt is known for his role in films like Se7en, Mr & Mrs. Smith, Troy, and the iconic fight club. He’s probably more famous for his heavily publicized relationship with both Jennifer Aniston and Angelina Jolie.

Currently, 57-years old and born in Oklahoma, Brad spends his days doing TV appearances and appearing in the media for his terrible relationship with Angelina Jolie. He also loves the casino, both land-based and online. Brad developed a passion for casino games while filming for Ocean’s 11. He loves interactive high-return slot games, blackjack, and poker. He’s often spotted at glamorous casinos around the world.

Paris Hilton is a public personality, fashion icon, and reality TV star who is loved and hated equally. She is well known for her nasal voice and her ability to act dumb. Whether or not she is as brainless as she makes out is yet to be seen.

Although, recently, she made a documentary that aired on YouTube, highlighting that everything from her voice to the way she acts is fake and how she wants to get rid of the image. It didn’t stop her from creating a Netflix series with the same nasally voice rather than her own. When she’s not a public personality, the 40-year-old from New York spends her downtime shopping, working out, and in the casino. Paris has been papped multiple times in Las Vegas casinos, letting her hair down on slot games.

George Clooney is by far one of the most successful actors. We know him for being a handsome, all-around good guy in many films. Most of the time, he plays the heroic, romantic womanizer. Best known for his role in films like the Ocean series, Gravity, Batman and Robin, and Fantastic Mr. Fox, George has had an esteemed career. Although he hasn’t starred in many films recently, his presence is still felt in the acting world.

His link to the gambling world is probably down to his role in the Ocean’s films, in which world-class poker players trained him alongside other actors like Brad Pitt. He famously tried to set up his own Las Vegas casino, which ultimately failed because the construction never started. Still, his love for casinos is very much alive.

We know Floyd Mayweather Jr for his love of gambling, not just in casinos. He frequently shares betting tips for many upcoming fights. Floyd is an eccentric character who has been in the media for good and negative in equal measures. Recently he has been in the media because Jake Paul, a YouTuber he went head to head with, stated that Floyd tried to kill him.

The 44-year-old from Michigan — often referred to as the Pretty Boy — is known for his insane boxing abilities. He has competed in 50 fights and won them all. He’s a machine in the ring and outside, finding success in casinos and the ring. Floyd is best known for partying in Las Vegas, which includes some of the best casinos.

Casinos attract the rich and famous and the average Joe; you don’t need to have a ton of money to go to one. Casinos attract attention because they’re fun, thrilling, and an easy way to win some cash. Which celebrity would you most like to meet?