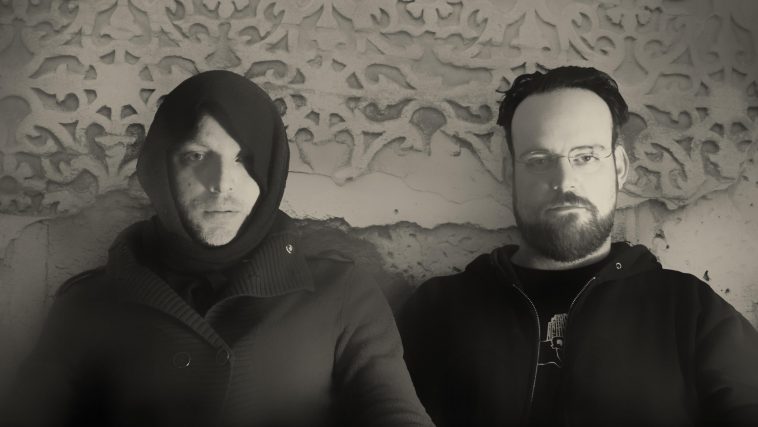 Delving into some tribal-infused post-rock Shakespearean-inspired music is The Drood with the interesting new single and warped music video, titled “It Must Needs Wither”. The release follows up the band’s second studio album Totally Comfortable.

The Drood are a duo consisting of Nathan Jamiel and Daniel Watts, with the former providing the vocals, electric guitar and keyboards, while the latter providing the drums and the keys, bringing together their musical capabilities to form this band. They formed in 2012 in Denver, Colorado and have been releasing dream-like electronic rock ever since. They dropped their debut self-titled album in 2016 and went on to headline a weekend show at Ophelia’s Electric Soapbox in 2018. Prior to the pandemic, they opened for The Legendary Pink Dots in Denver and had planned to take part in a south-western US tour with Dead Voices on Air and Orbit Service, which got cancelled due to COVID-19. They dropped their second studio album Totally Comfortable after taking some time out from the duo to spend time with family during the pandemic, and now they’ve come back with renewed vigour with the release of this new single.

This song has been written by Daniel Watts, Hayden Peltier, and Nathan Jamiel, while the music video has been created by Tom Nelsen (also known as Sense from Nonsense). Speaking about the track, The Drood said: “Inspired by Shakespeare’s Othello and dedicated to the memory of all those we know who perished in the last couple of years. All parts were initially recorded in Lafayette, CO in September of 2021 as live, improvised takes. Post-production cleanup and punch-ins were added later but the core of this song is a captured ritual.”

Watch The Music Video To “It Must Needs Wither” By The Drood Here:

A minute-long intro starts this track, emphasising the instruments used to create this song with Nathan Jamiel on the synths and guitars, Daniel Watts on the percussion and synths, and Hayden Peltier on the bass guitar. Dreamy yet mournful, the track takes on a mind of its own, becoming the forecourt to the lyrics, with Nathan Jamiel’s droning vocal emphasising the track more than anything else. Conceptual and eerie, The Drood have really captured the pandemic sound as the world lost so many people to the coronavirus COVID-19, and those of us who didn’t lose someone know of the suffering either we or others went through and this is certainly the sound of that nightmare situation we were all going through, some of whom are still going through.

The music video takes the conceptual inspiration of the track, flips it on its head, then flips it on its head a second time, confusing the hell out of the viewers, whilst mellow transitions incorporate into one another, creating a visual that is unexpected yet chilled. It’s one of those videos that is pleasant to watch while not understanding what is going on, or what will happen next.

Stream The Drood’s New Single “It Must Needs Wither” Here:

“It Must Needs Wither” is available to download and stream right now. Expect more music to be released soon from this duo.

Let us know what you make of “It Mus Needs Wither” by The Drood on Twitter @CelebMix.