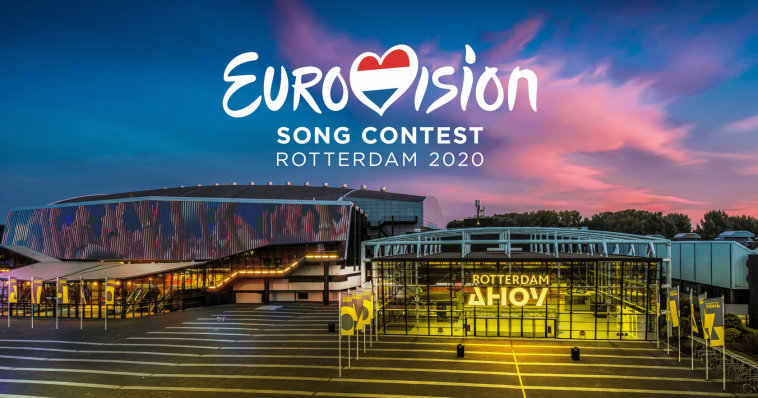 Well, this is a sad day, for sure, and an article we really didn’t want to write up, the Eurovision Song Contest 2020 has been officially cancelled due to the coronavirus, COVID-19. The news was broken today at 14:24 CET. Rumours first started circulating last night when Israeli broadcaster, KAN, revealed that Eurovision 2020 had been cancelled in their news broadcast.

For the past week or so, the European Broadcasting Union (EBU) had come up with many different alternative options, but it seems that their meeting yesterday ended with the conclusion that this year’s contest should be cancelled.

This statement was released on the official Eurovision website:

“Over the past few weeks, we have explored many alternative options to allow the Eurovision Song Contest to go ahead.

However, the uncertainty created by the spread of COVID-19 throughout Europe – and the restrictions put in place by the governments of the participating broadcasters and the Dutch authorities – means the European Broadcasting Union (EBU) has taken the difficult decision to not continue with the live event as planned. The health of artists, staff, fans and visitors, as well as the situation in the Netherlands, Europe and the world, is at the heart of this decision.

We are very proud that the Eurovision Song Contest has united audiences every year, without interruption, for the past 64 years and we, like the millions of you around the world, are extremely saddened that it can not take place in May.”

The Eurovision Song Contest first launched in 1956 and for 64 years it has taken place annually without interruption, until now. It has been hosted in 26 different countries and a total of 52 countries have competed over the years. This year would’ve been the first time the Netherlands had hosted Eurovision in 40 years after Duncan Laurence won in 2019 with the song “Arcade”, the first time the country had won in 44 years. This also would’ve been the first time the city of Rotterdam had hosted the contest – they’re hoping that they can host it next year.

Jon Ola Sand, the executive supervisor of the Eurovision Song Contest, took to YouTube in a video to announce that Eurovision 2020 had been cancelled, watch the video below:

In the official statement, NPO chairwoman Shula Rijxman said: “This decision by the EBU was inevitable, given the circumstances currently affecting all of Europe as a result of the coronavirus and all the measures that governments must now take. This is a big disappointment for the Dutch audience, the fantastic team behind the scenes, the presenters and the artists. In recent months, a large group of people have worked hard on the Song Contest. We thank them for their great commitment and regret that the results of the efforts will not be visible in the short term. We would particularly like to mention the municipality of Rotterdam, which has proven itself as the ideal partner in this project in the past year. This edition was an excellent opportunity to understand each other differently in a period of uncertainty in Europe, but above all an opportunity to really bring Europe together. Music is universally binding and – I am sure – it will stay that way. Even after this corona crisis.”

Sietse Bakker, Executive Producer Event, also had some words to say in the official statement: “For the artists from 41 participating countries, our opening and interval acts that put their hearts and souls into their performance. For the fans who have always supported us and have kept confidence until the last moment. And not least, for the fantastic team, which has worked very hard in recent months to make this 65th edition a great success. We understand and share that disappointment. Some perspective is appropriate because, at the same time, we also realize that this decision and its consequences don’t compare to the challenges faced by people affected, directly or indirectly, by the coronavirus and the difficult but necessary measures.”

Why are you cancelling the Eurovision Song Contest in Rotterdam?
With the escalating spread of COVID-19 throughout Europe – and the restrictions put in place by the governments of participating broadcasters and the Dutch authorities – it is impossible to continue with the live event as planned.

Why not postpone the event?
The current situation across Europe is likely to remain uncertain for the coming months and at this stage we cannot guarantee we would be able to stage an event of this size with this many stakeholders later this year. A Contest later in the year would also reduce the amount of time the winning broadcaster would have to prepare for the following year’s competition.

Could you not have held the contest without an audience?
We are carefully following the advice of the relevant authorities to protect the health and wellbeing of all citizens. Dutch restrictions on gatherings of large numbers of people and international travel restrictions mean that holding the event, even without an audience, is impossible at this time.

Why couldn’t you have held the show remotely?
It’s in the DNA of the Eurovision Song Contest to bring delegations, artists and fans together in one place and provide an equal platform for all artists to compete together on the same stage and the same opportunity to shine. We felt that under the extreme circumstances we face this year, organizing the Eurovision Song Contest in another way would not be in keeping with our values and the tradition of the event.

The unique format of the Song Contest as an international live event means that it is not possible to identify any realistic alternative. We therefore have no choice other than to cancel the show.

Will the selected artists be able to perform their songs next year?
This is to be discussed with the Reference Group and the participating broadcasters and a decision will be communicated later.

What will happen to my ticket?
You will be informed about this as soon as possible. Among other things, we will look at whether the buyers will get their money back or whether the tickets will remain valid until next year. As soon as there is more clarity, ticket buyers will receive an email with their various options at the email address from which they purchased their tickets.

Can I get a refund now?
At the moment we are looking into the various options. As soon as we have more information, this will be communicated on songfestival.nl.

What happens to my tickets that I bought on Ticketswap, via AVROTROS, or via the fan club (OGAE)?
The same applies here as for “regular” ticket buyers. As soon as we have more information, this will be communicated on songfestival.nl and you will receive an email at the email address from which you booked the tickets.

Do we have a date for next year’s Contest?
The EBU, NPO, NOS, AVROTROS and the City of Rotterdam are continuing their conversation regarding the potential hosting of the Contest in 2021. It is currently too early to discuss any specifics regarding the event next year.

This is truly devastating news and we have no idea what will happen next. We feel for everyone involved in Eurovision 2020, all of the artists, the songwriters, the composers, the producers, everyone else behind the songs, each countries’ delegations, Rotterdam and the Netherlands as a whole. With something that’s been planned this much, already, to be cancelled is truly heartbreaking.

Regardless of this news, we hope all of our readers are well and are all staying safe.

Talk to us on Twitter about Eurovision 2020 being cancelled @CelebMix.