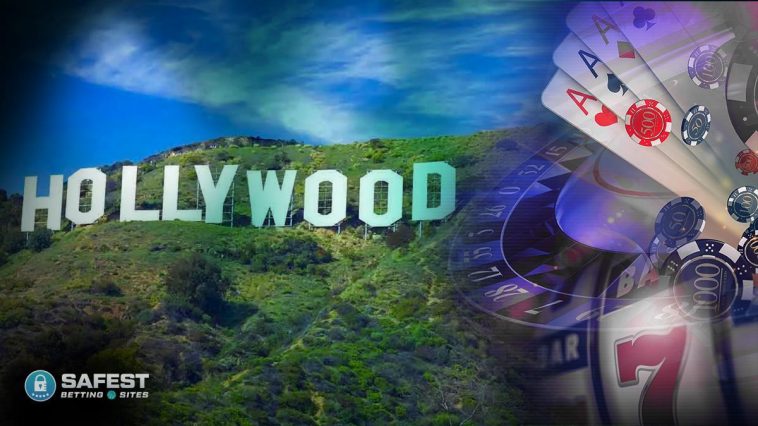 Gambling is an established pastime in all corners of the globe. This thrill-seeking activity is as old as civilization itself, with the concept of celebrity gamblers dating back to the likes of Emperor Claudius and King Henry the VIII. Other celebrity gamblers of historical significance are King Louis XIV, Wolfgang Amadeus Mozart, Claude Monet, and Fyodor Dostoyevsky.

State-side, once the Clark County hotel expansion began in the 1950s, Las Vegas casinos became a thing, and they started to attract well-known individuals from the entertainment world and other spheres. Thus, this spot in the Mojave Desert became a hotbed for celebrity gambling stories about singers, writers, and actors who bet at roulette and blackjack tables.

As the years went on, more members of the Hollywood elite hobnobbed on gaming floors, testing their luck in all ways casino establishments allow. Today, many prefer to discover if good fortune is on their side in the privacy of their home at a real cash casino.

However, some cannot resist the atmosphere that brick-and-mortar venues provide. Therefore, let us see who are some famous gamblers that double as stars of the silver screen.

Naturally, most people have gambled at some point, with estimates claiming that 4.2 billion inhabitants of this planet place a wager at least once per year. That includes purchasing lottery tickets, as it also constitutes gambling. Still, it would be impractical to call a gambler everyone that places a bet now and again. Thus, we have chosen to focus only on individuals that take this activity seriously and consider it a favorite hobby.

You would be hard-pressed to find a list regarding actors that love games of chance that does not include one of Boston’s favorite sons. Throughout the decades, paparazzi have targeted Affleck, snapping photos of him at Vegas tables in the earliest hours of the morning. The actor has been quite candid about his compulsion toward blackjack, and he is also renowned for his proficiency in counting cards at twenty-one tables. In 2014, the Hard Rock Hotel & Casino banned him for allegedly engaging in this frowned upon practice.

Ray Romano may have never had a massive theatrical hit, sans his voice contribution to the Ice Age franchise. Still, he ranks as a Hollywood celebrity due to his super-successful sitcom that spanned 210 episodes. TV fame aside, Romano is one of the most well-known actors that play poker regularly.

So much so that he developed an addiction to it and had to seek professional help. Romano has competed in the World Series of Poker and has played a compulsive gambler in the TV series Men of a Certain Age, drawing upon his real-world experiences with this issue.

Best known as the original movie Spider-Man, Tobey Maguire was a massive star in the late-1990s and early-2000s, who, in the past decade, has stepped out of the limelight. Today, Googling his name is more likely to yield results concerning Tobey Maguire gambling in illegal card rooms than ones that detail his acting career. Much of this stems from the 2017 Aaron Sorkin film – Molly’s Game, where a rude fictionalized version of Maguire got played by Michael Cera. His entry in the mentioned film comes from Maguire, along with childhood friend Leonardo DiCaprio frequenting underground poker rooms in the late-2000s run by former skier Molly Bloom. The person whose life gets depicted in Molly’s Game.

The grey-haired Kentuckian that rose to fame via his starring role on the hit show ER is a rare example of an actor successfully transitioning from TV to film in the 1990s. While you may know him as a movie star, in the mid-2000s, Vegas locals called him casino George Clooney because of his involvement in developing the Las Ramblas Resort, a proposed venue that aimed to bring back some of the Rat Pack Vegas glamour. Unfortunately, the project got canceled in 2006, and Clooney did not become a casino owner. He merely stayed a gaming enthusiast that has a tremendous fondness for Sin City.

It would be discourteous to finish our list without adding a gambler actress to it. Tilly, known for her comedic timing and distinctive voice, is a rare Hollywood personality that is a super competitive poker player. Her role in the 1989 film Let It Ride introduced her to card action. Fourteen years later, she started her competitive career, encouraged by her boyfriend, poker player Phil Laak. It led to a WSOP win in 2005.

These are what we consider the top five Hollywood celebrities that have a powerful connection to gambling. Other worthy entries would have been Matt Damon, Charlie Sheen, and Pamela Anderson.

Shelly Schiff has been working in the gambling industry since 2009, mainly on the digital side of things, employed by Safest Betting Sites. However, over her eleven-year career, Shelly has provided content for many other top interactive gaming websites. She knows all there is to know about slots and has in-depth knowledge of the most popular table games. Her golden retriever Garry occupies most of her leisure time. Though, when she can, she loves reading Jim Thompson-like crime novels.