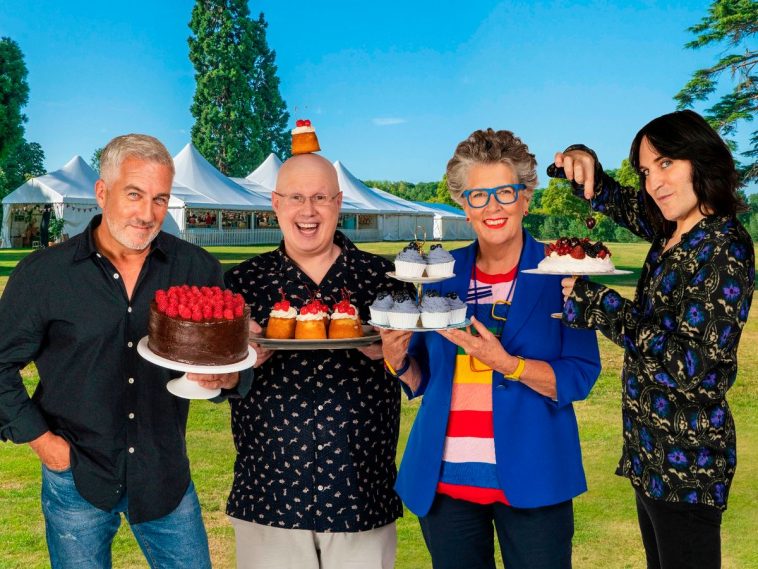 On your marks, get set, BAKE! Bringing a little light into the world during dark times, it has been confirmed that The Great British Bake Off will be returning to our screens this month.

Earlier today, it was announced that the much loved show will be returning to Channel 4 on Tuesday September 22 at 8pm. The Bake Off Twitter account shared a picture of returning judges Paul Hollywood and Prue Leith alongside returning host Noel Fielding and his new companion Matt Lucas, who is replacing Sandi Toksvig after she stepped down from hosting duties.

A trailer for the new series was unveiled by Channel 4 a few days ago, which teased that the new series was ‘coming soon’. The trailer plays on the flour drought which we experienced during lockdown, with numerous families trying to get their hands on the vital baking ingredient.

Speaking about the show’s return, Channel 4’s chief marketing officer Zaid Al-Qassab said: “This year’s Great British Bake Off campaign highlights that baking is about so much more than sustenance – it’s a gift.

“The film illustrates the nation’s joyous love of baking inspired by our shared experience of lockdown in a typically Channel 4 way and we hope it gets viewers as excited as we are for the return of our biggest show!”

This year’s Bake Off was delayed due to the COVID-19 pandemic however, wrapped up filming last month. With just a few weeks to go until the new series, we’re looking forward to seeing the triumphs (and occasional disasters) of the next batch of bakers in the famous tent.

Are you excited for The Great British Bake Off? Let us know on Twitter @CelebMix