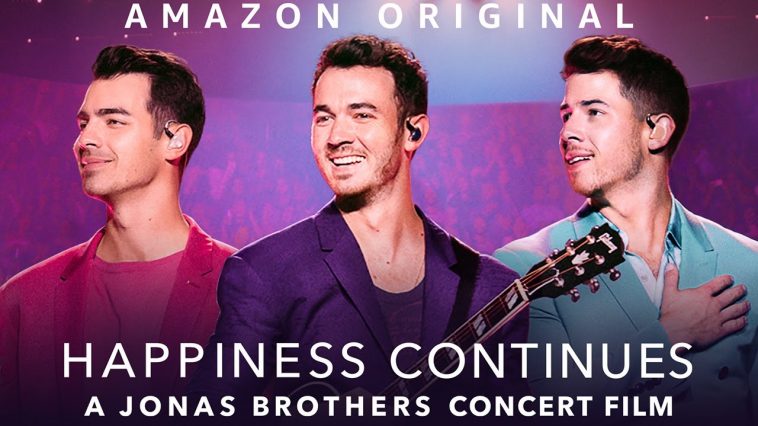 Right now, the Jonas Brothers were supposed to be headlining their first Las Vegas residency, but due to the pandemic, the residency was canceled. So the brothers decided to tug at our heartstrings and release the tour documentary for their Happiness Begins Tour.

“Happiness Continues” will be available to stream, exclusively on Amazon Video, tonight at Midnight ET, and we’re not crying, you are!

The band released a teaser trailer, ahead of their Instagram Live Stream, which is happening today at 4pm est/ 1pm pst. They will be talking about the documentary and answering fan questions.

From the trailer, it looks like fans will get a deeper look into behind the scenes action from the tour, including moments with the guys’ wives and kids, as well as their performances. Fingers crossed, Big Rob’s appearance makes it in there.

Their comeback tour was one of the highest-selling tours of 2019 and now fans can have it on film forever. It is sure to bring happiness in this trying time and there will definitely be tears and dance parties watching the documentary.

After a successful comeback, The Jonas Brothers released “What A Man Gotta Do,” as the lead single to their upcoming sixth studio album, which the brothers teased should be out this year. Hopefully, they will enlighten their fans about that in their Instagram live.

We cannot wait to watch this! This is just the beginning of what is a successful and well-needed comeback and we will be here on the rollercoaster with them.

Are you excited for ‘Happiness Continues?’ Let us know your thoughts on the Jonas Brothers and their upcoming tour documentary on Twitter at @CelebMix.