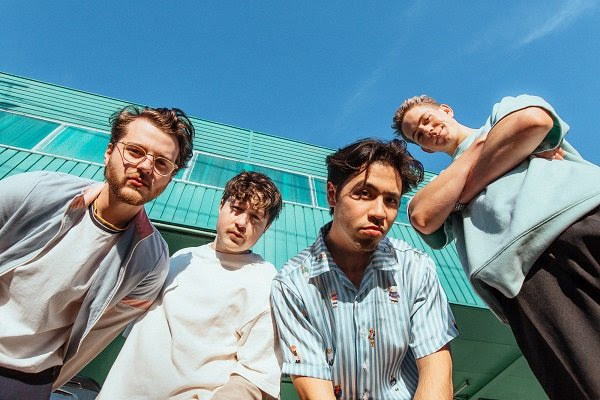 The Million today drop their new single and video ‘Last Call’; a track that draws on ‘80s synth-pop, leaping along at a heart-raising tempo. It’s a heartbreak anthem but the sounds are liberating, leaving all bad feelings on the dancefloor.

Speaking on the release of the single, The Million’s Lead singer and lyricist Jacob Thomas reveals that their single is a fictitious song built from genuine emotions, the song was written when Jacob was still in the early stages of dating his still current girlfriend.

“I thought to myself what if I really messed this good thing up?”, Jacob explains. “The song was started with Lucy Taylor, Chris Collins, and Jay and I in a room. Then having Dom add the final touches on the production really elevated where the song needed to be.”

Dom continues, “I wanted to take the band’s vision and expand on it. It was a challenge working out how the rhythm section in the chorus would function best.” In fact, the song had lots of experimenting with sidechaining the bass to create room for the kick. Once this fundamental groove was set it was about matching the vocal to the same pocket as the bass. Once they were aligned the song really started to come alive.

Interestingly, games of Uno have ended much worse, so this visual interpretation of a love story could have ended harsher. The Million have done a solid job to showcase Jacob’s vision and the band’s well oiled machine.