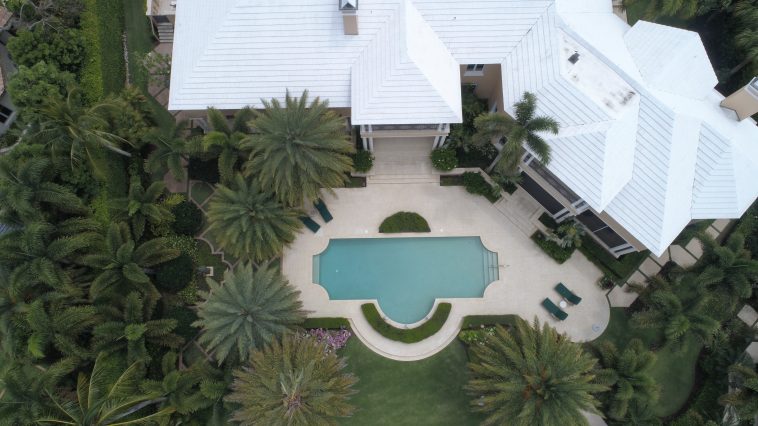 This year, celebrities sold their homes and bought new ones for mega bucks. Try not to gasp when you see the numbers.

Every year, we get a sneak peek into celebrities’ lavish mansions (and feel poor, right?). Well, this year was no different as some recognizable names decided it is time to sell some of their impressing villas, while others decided to purchase a new home.

So far, the most expensive home purchase of this year belongs to the Keeping Up with The Kardashians star, Kylie Jenner, 23, who spent $36,5 million on a home in the exclusive Los Angeles neighborhood of Holmby Hills in late April.

Sources say that the star actually got a massive discount for the property she has purchased as the estate was initially listed for $45.95 million on April 3. The property actually initially cost $55 million in August 2019 when it was completed, so the star won’t have too many renovations to do as she will be moving into a brand-new home.

The property has seven bedrooms, which we are pretty sure they are the biggest bedrooms in the history of bedrooms, since the American media personality paid such a huge amount of money, and 14 bathrooms. Moreover, the property is also perfect for the star’s collection of luxury cars as it has 20 parking spaces.

Next on our list is the James Bond actor Sean Connery, who listed his longtime-owned property located in Nice, France, for $33.9 million in mid-June.

The actor’s French Riveria home dates back in 1928, and beside the belle époque style, it also has some exquisite surroundings with views of the city of Nice and the Mediterranean Sea.

Since then, the two lived in the villa for dozens of years, and the property is still known as “Sean Connery’s house in the neighborhood.

Now, the property has everything a newlywed couple would dream for, including five bedrooms, an indoor swimming pool, a gym and spa, gourmet kitchen facilities, and a rooftop terrace with astonishing views to the city of Nice and the Mediterranean Sea.

Gorgeous actress Sofia Vergara and husband, actor Joe Manganiello also spent $26 million this year for a mansion located in Beverly Park. The property the married actors purchased is the second California home as they already own a property in Beverly Hills neighborhood.

The $26 million-worth property includes seven bedrooms and ten and a half bathrooms and was previously owned by baseball star Barry Bonds. Bonds purchased the home in 2002 for $8.7 million and then sold it only a decade later for $22 million. The property was listed on the market last year for $30 million.

The young couple who had their official wedding ceremony last year in September has purchased a new, what we assume, family home in Beverly Park, California, for $25.8 million.

A real estate source revealed that the 11,145-square-foot property was listed for $27.25 million, but singer Justin Bieber and his model wife, Hailey Baldwin, paid $25.8 for it.

The estate the two bought at the end of August, this year, has seven bedrooms, ten bathrooms, and a reportedly “infinity pool and a tennis court.”

The lovely couple formed by Chrissy Teigen and John Legend announced this mid-August that they would move out of their current home.

The singer and cookbook author’s decision reportedly came after the couple found out they are expecting their third child. So, just like any other family, it simply makes sense for the two to want a property they can grow into.

The couple owned the Beverly Hills property since 2016 after buying it from formerly owner Rihanna. Back then, the couple had the property designed to match their personal style by interior design Don Stewart.

The property is listed for $23.95 million for which the next owners will get 8,520-square-foot, seven bedrooms, and eight bathrooms.

After making it all over the news headlines for his first Fortnite concert in April, Travis Scott is again creating some rumors after purchasing a massive estate in Brentwood, California, paying $23.5 million.

The rapper’s newly-owned property is a spacious three-floor home which has seven bedrooms and 11 bathrooms. But, besides that, the estate also has a 15-seat theater, an infinity pool, a Zen garden, an outdoor kitchen, plus a 20-car garage and a fruit orchard with 300 trees.

Now, despite the huge amount of money paid, it seems that the rapper really made a great deal as the home was initially listed for $42 million last year.

The famous American TV and radio host has given up his Beverly Hills home in the first month of the year. The announcement came only five months after he filed a divorce from his seventh wife, Shawn Southwick King, whom he has bought the property with.

Sources say that the former couple bought the 10,810-square-foot California home in 2007 for less than $12 million. The property includes seven bedrooms, nine bathrooms, and a heated pool, including amenities such as a gym, a one-bedroom guesthouse, and a maid’s quarters.

So, if you think that taking a peek inside the bedrooms of famous celebrities like Leonardo DiCaprio, Alicia Keys, or Bradley Cooper makes you feel poor, wait until you see the numbers for the most expensive celebrity home purchases and sales of the year.