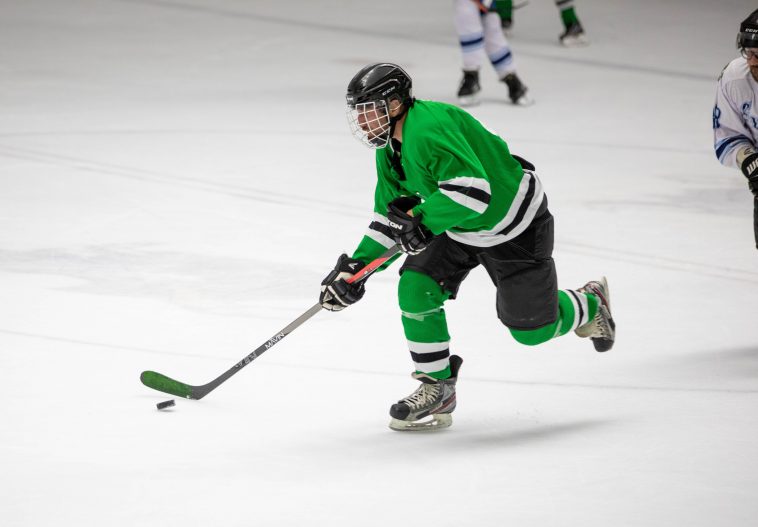 Usually, fans rarely think about what hockey players look like during a match. It is much more important for them how skillfully and beautifully they play and what results they bring to their team. However, behind the helmets and big hockey uniforms, there are often stylish and handsome men who can easily melt the heart of almost any lady.

In this article, Telecomasia.net will tell you about the five most stylish athletes who are famous not only for their outstanding achievements on the ice but also known for their attractiveness and the ability to dress well because of their great taste.

The great center, who holds 61 NHL records, was born in Canada. When Wayne was two years old, his father poured an ice arena for him in the backyard of the house, where he began learning to skate. At that time, no one could have imagined that this kid would become a world-renowned player and one of the most popular athletes of the XX century.

Gretzky first came to fame at the age of 10, when he scored 378 goals for the Steelers in one season, and the hockey player signed his first professional contract at 16. Gretzky retired in 1999, having managed to play for the Oilers, Kings, Rangers and Blues.

Now he is the owner of a restaurant and his own wine business and also starred in advertising. Wayne has always had a knack for dressing tastefully, so no one was surprised when he launched his clothing line. Moreover, this is not a sporty style, but everyday wardrobe items for men that help them always look elegant and sophisticated. Wayne Gretzky is convinced that classic clothing should only be made from expensive, high-quality fabrics.

The world champion, Olympic champion, winner of numerous individual trophies and once the most expensive goalie in the NHL not only played great hockey but also managed to become one of the most fashionable athletes. He was named Sweden’s most stylish man, and People magazine included him in their list of the 100 Most Beautiful People in the World. And not for nothing. You can fall in love with Lundqvist at first sight.

Now Henrik owns a restaurant in New York, helps the poor with his charitable foundation, and plays the guitar in the band Box Play. Also, he constantly appears on the covers of glossy magazines and social chronicles. He also owns his clothing line. This hockey player has not only an innate sense of style but also a good heart.

This ice hockey player is the captain and center of the Pittsburgh Penguins, having played for the club since 2005. A true example of commitment to one team. During his career, which is still far from over, he managed to win the Olympics twice, become the world champion and win the Stanley Cup three times.

Sydney first picked up a hockey stick when he was only two years old, and at three he was already confidently skating.

He is rightfully considered one of the ten most stylish hockey players and the most attractive hockey player in the world. Besides sports, he is also engaged in the production of clothing in cooperation with Reebok. Sidney does this quite successfully. He became the highest-paid player in the NHL due to his contract with the company in 2016.

In his free time, this handsome man relaxes in nature and does charity work.

He has long been called one of the most elegant and stylish hockey players. The NHL star and fan favorite, who has been selected to the NHL All-Star Game three times, has broken more than one woman’s heart.

Alexander was born in Moscow. His parents were athletes but did not approve of their son’s hockey hobby. But he succeeded despite everything. The highly-skilled game, the masterly possession of the club and unprecedented accuracy of shots helped Ovechkin to become famous.

Since 2005, the hockey player has been playing for the Washington Capitals. He has three victories at the world championships, two silver and four bronze medals. Also, he is a Stanley Cup winner. Alexander holds many NHL records.

In his free time from games and training, Ovechkin starred in an advertisement for Nike, which jointly produces clothing, Bauer hockey equipment and a sports simulator from EA Games.

As you can see from the example of these stylish and talented men, hockey players often not only completely devote themselves to ice battles, but also find themselves in other areas of life, achieving significant success and recognition there.