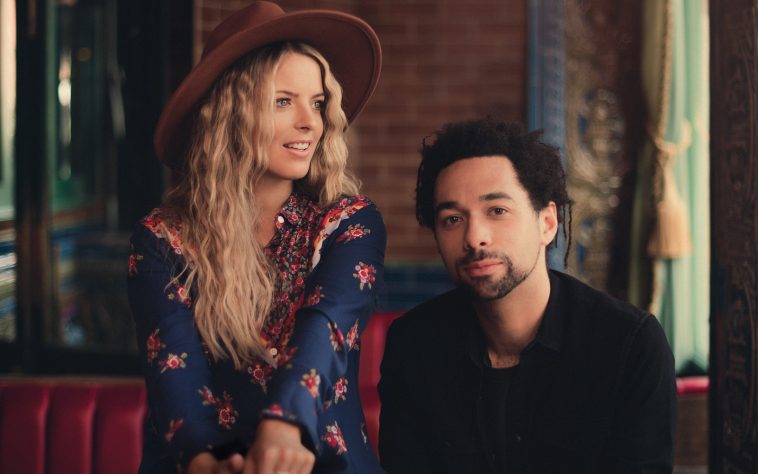 Record breaking British country music duo The Shires consisting of English singer/songwriters Crissie Rhodes and Ben Earle have kicked off the new Decade in style with the release of their anthemic new single ‘Lightning Strikes’.

The track is the second to be lifted off the their much anticipated forthcoming ‘Good Years’ LP which will be dropping on March 13th via BMG and follows the divine, stripped back ‘New Year’ which was released late last year by the band.

The stadium ready anthem sees The Shires taking a departure from the ballad stylistics of their last offering and delivers a delicious new taste of the upcoming record.

Speaking about their latest release ‘Lightning Strikes’ Crissie and Ben said “We can’t wait to put Lightning Strikes into our live set, the opening line ‘Standing outside, raining in the Summer’, is going to be perfect for the festival season. Also, vocally the song is so much fun for us with all the crazy harmonies.”

With its arena filler ready production and vocally challenging harmonies this is a track the showcases everything that is truly fantastic about The Shires.

Along with sharing their new single, they will also be supporting the ‘Good Years’ album with an extensive UK tour later this year:

May 15th: Gateshead The Sage

May 26th: Basingstoke The Anvil

You can listen to ‘Lightning Strikes’ and ‘New Year’ right here:

Are you a fan of the new single from The Shires? Let us know your thoughts across social media!