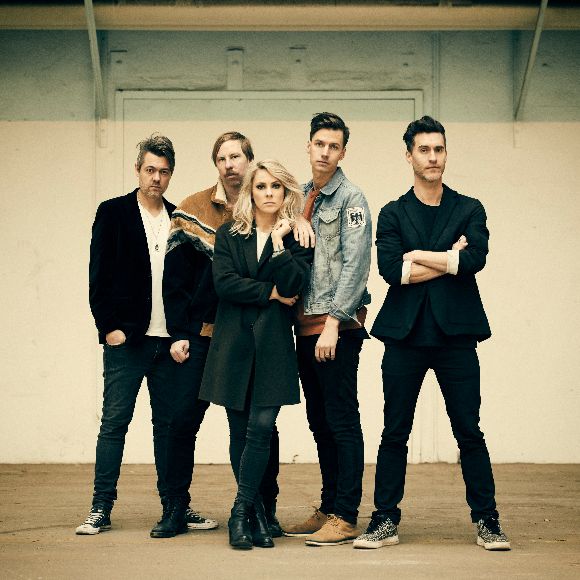 Swedish indie rockers, The Sounds are set to release their brand new album Things We Do For Love this Friday, 12th June.

The eagerly anticipated album follows on from the bands previous successful studio albums resonating the excitement and dynamism that they have always brought to the table with their music. The album features 11 songs, all which rank among the best in their six album oeuvre. With this album, the band have outdone themselves once again in rhythm and melody.

When talking about the album, lead vocalist Maja Ivarsson said “Write as many good songs as possible and enjoy it while your on a roll. We had a great time writing this one! No pressure, just having fun.” The band had a fun energy whilst writing this album and Maja described how “It’s always been about being in the moment and trying to catch a good melody, chord progression or lyrics when it comes to you.”

There is a certain maturity, evident with the album. It comes from a place of knowing who they are as a band. There is a lot of purpose and thought in every song, and this shows throughout the entire album. With members of the band being parents, they are all learning how to balance being rockstars with their family life. Maja is a new-is mom with a five-year old son. Keyboardist Jesper Anderberg has two children and bassist Johan Ritcher has a child graduating high school!

Speaking further about the album Maja went on to explain “I can only speak for myself but I feel very proud of this one. I’m able to write songs from a different perspective this time being a mom and all” she beamed before adding that “It’s been quite some time since we last released an album and a lot of great things have happened in between.”

The Sounds were set to embark on a US tour with Maja planning to bring her son Dante along. the tour which was due to start on 28th April in Brooklyn, New York. Unfortunately had to be cancelled due to the COVID-19 pandemic.

The sounds have released their lead single from the album, and we at CelebMix are already obsessed! The single shares its name with the album title, Things We Do For Love and is available for you to listen to already!

The band have released the track-list for the album which is:

Maja has described the single Safe and Sound as “having the courage to dive into something new as long as you got that special person right next to you.” Fans can expect this single to showcase the innate chemistry among the five band members, with pulsating keys throughout. On the other hand, Changes has the ability to display the band’s diversity and ability to effortlessly craft impactful songs. Drummer Fredrik Blond spoke about the track stating “I can’t put my finger on what it is exactly but I really like the vibe of ‘Changes’ before he went on to describe the song by adding “It’s a simple song and all the instruments and vocals just fit together so nicely.”

Of course the band have remained on the forefront of the music scene since they exploded onto the alt-rock scene back in 2003 launching their debut album Living in America and we can not wait for the release of their latest album!

The Sounds is made up of  Maja Ivarsson (vocals), Felix Rodriguez (guitar), Jesper Anderberg (guitar, keyboards), Johan Richter (bass), and Fredrik Blond (drums) and they can be followed on twitter: @thesounds

We are extremely excited for the release of the album here at CelebMix! Let us know what you think of it once it is released via our twitter: @CelebMix