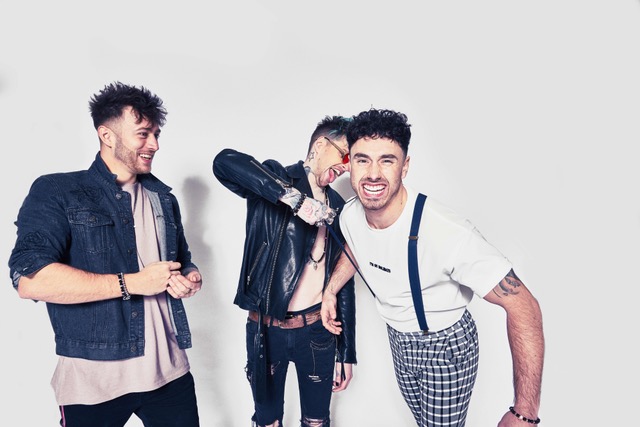 Pop/rock 3-piece The UMA have released their brand new music video for latest single, Wake Up.

The video sees the band performing against a vibrant pink backdrop, whilst being force-fed, having cake chucked over them and being drawn over against their will. It encapsulates the lyrics and emphasises the contrast between feeling euphoric highs and then overwhelming lows.

It was shot and directed by Clearway Media.

Last year, The UMA released their first musical offering in the form of tracks Wake Up and Working For It. Both went down a storm live on the band’s debut tour, supporting WSTR around the UK.

Next month would have seen the band perform at the prestigious Great Escape Festival in Brighton, but unfortunately, it has been postponed until next year following the latest government advice around the Coronavirus outbreak.

Let us know what you think of the video at @CelebMix!