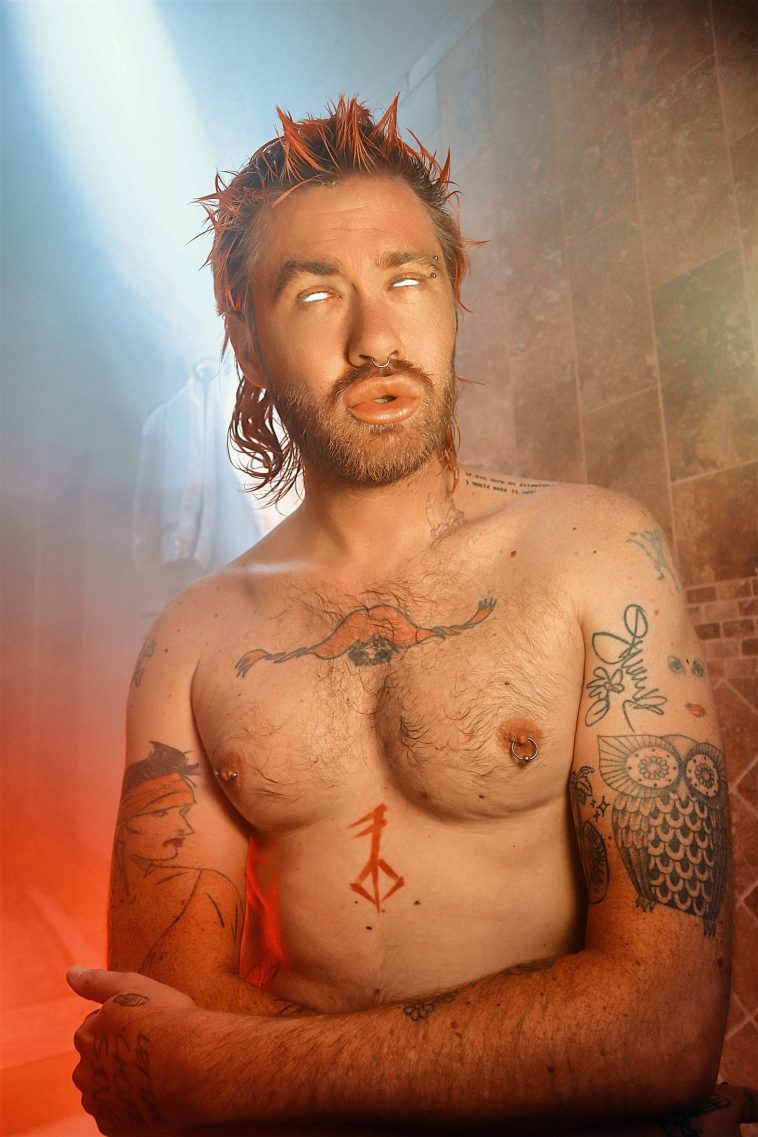 An agender and queer artist empowering listeners through their sensual releases, The Venus in Scorpio craft a distinct blend of 80s Goth and New wave.

This unique musical talent not only releases eccentric music but also has a colourful past. The Venus in Scorpio has previously sold underwear to fans across the world promoting their brand of sex-positivity.

Their latest single “Roam” features upbeat synth-driven soundscapes and powerfully fierce vocals reminiscent of Joy Division and The Cure. Detailing the thrilling escape from a small town, listeners can relate to a need for freedom as we all feel a bit trapped in our current state of lockdown.

Maxim Faster of The Venus in Scorpio reveals, “I almost didn’t record “Roam” because of how different and poppy it is compared to the rest of my darker synth pop! I composed a beat, a few synths, and some simple guitar progressions in Logic and then shared the demo with my good friend and collaborator over the past year, Louie Diller (Holychild). This one really blew their mind and they took so naturally to mixing it and playing the live guitar.”

The Venus in Scorpio is an electronic producer and songwriter founded by Maxim Faster. They selected their name after viewing an astrological birth chart discovering Venus was in the sign of Scorpio. The name has also inspired him to create insightful songs relating to astrology such as “Retrograde”.

Recently taking the leap and moving to Berlin to pursue music production, Faster continues to boldly express their message of self-confidence and liberation.  Teaching himself how to use Logic Pro has motivated him to further their engineering skills by going back to school to take classes in music production.  Becoming a dedicated creator in songwriting, singing and producing, The Venus in Scorpio is a powerful force in the industry.

Check out the explosive synth-pop sounds of “Roam” now. Keep up-to-date with The Venus in Scorpio on Instagram!

Let us know your thoughts on “Roam” at @CelebMix!