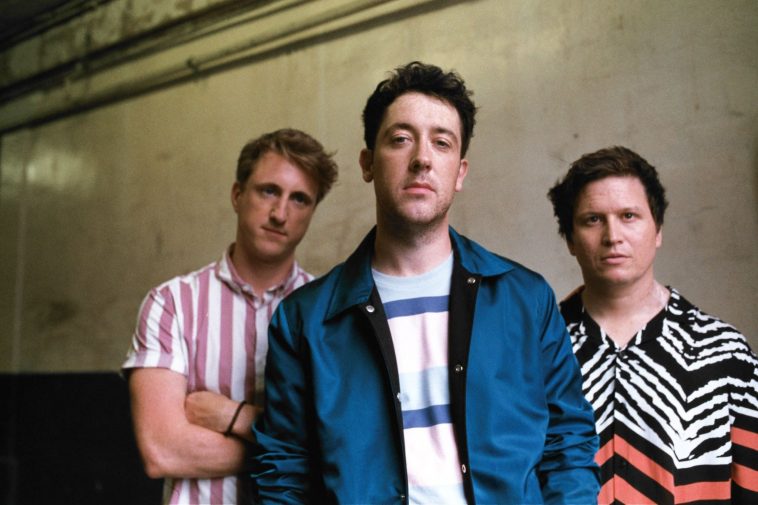 Fresh from the release of their epic new single Method To The Madness, the first track to be lifted off of their upcoming fifth studio album, British indie supergroup The Wombats have announced they are to play their BIGGEST UK headline show to date at the O2 Arena on 15th April 2022!

Described as being a “celebration of the band’s collection of bonafide indie classics”, the one-off gig will see The Wombats perform for the first time a career spanning set including all the essential singles you’d expect from their acclaimed live show – from Moving to New York to Method To The Madness, through Greek Tragedy and Lemon to a Knife Fight and more. Tickets go on sale Friday, 11th June from 9am.

News of the show comes just week after the band dropped their latest single and music video for Method To The Madness, a slow burning, super introspective pop/rock bop that manages to tap into a universal feeling experienced by so many people this past year.

Commenting on the track, Wombats frontman Matthew “Murph” Murphy says: “‘Method To The Madness’ is about trying to find patterns within chaos and ultimately giving up, and letting go. Some of the lyrics are lifted from my own honeymoon experience – walking around European cities, being amongst tourists whilst simultaneously being one myself, and generally blagging it with last minute hotel bookings. Feeling excitement but still being fully aware that nothing much has changed.”

Method to the Madness (Official Video)

The Wombats new single Method To The Madness is available to download / stream now.