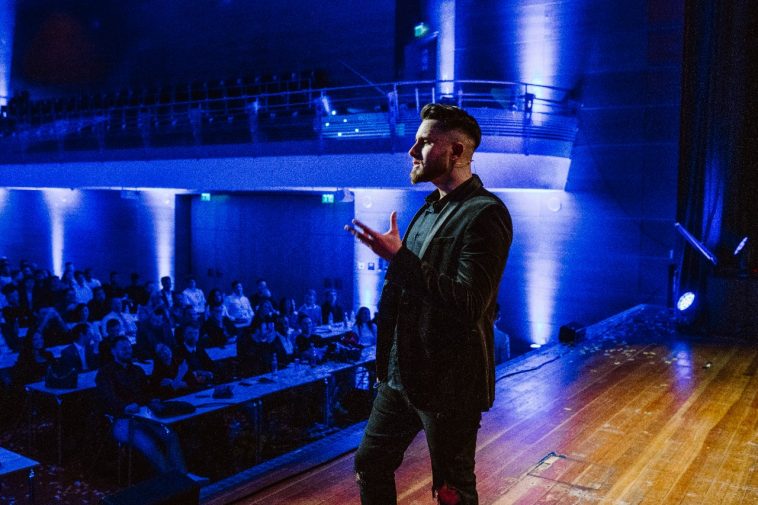 Tino Taupe has taken a lot of risks in recent years. When his friends and family asked him what his alternative plan was, he replied “There was never a plan B”. The 29-year-old entrepreneur is convinced that you can only be 100% successful in one thing if you focus 100% on it. This includes putting aside your fear and not constantly thinking about what a plan B might be.

It was exactly this attitude that led Tino to success. In the last years of his career, he generated almost 100 million in sales. He has spoken as a coach on several  international stages in cities such as Paris, Las Vegas, Zurich and also in Vienna. Now he is not only financially free, but also geographically free. This means that Tino can work from anywhere in the world. He has managed to build up a 7 figure passive income, which gives him the freedom to live his life according to his own visions.

However, this was not always the case. There was also a time when the young entrepreneur was unhappy. He had this depressive phase especially during his studies. He felt that he was working for other people’s dreams, but not on his own vision. Moreover, he found the knowledge in the lectures far too theoretical. This led to the fact that Tino was feeling a little bit disoriented during this time and did not know exactly what he wanted to do with his life.

All that changed when he visited his hairdresser. This may sound crazy, but that’s how it actually happened. When he went to the hairdresser as usual to get a new haircut, he was made aware of the possibilities of network marketing. The 29-year-old had never heard of network marketing before. However, the motivation was so big that Tino visited the first events already in the next days after his visit at his hairdresser.

There he realized that he had to set the right priorities in life to become successful. For Tino, this meant avoiding any kind of distraction like for example parties or video games in the next months. Because he wanted to focus 100% on his business. The beginning was anything but easy for Tino, but he realized that he was achieving more from month to month.

After a little more than a year he was able to quit his studies, because he was already earning more than his university professors. This was one of the most significant moments in Tino’s life. It gave him the necessary motivation to continue working on his vision.

In 2014 Tino was nominated as the top recruiter, the fastest 6 figure earner and the youngest european 6 figure earner in his company at that time. In the meantime, the 27-year-old has not only built up a successful passive income for himself. He also coaches many other people in online business, network marketing and personal success. During the last years Tino has already helped 6 people to build up a 6 figure income through his coachings. He has helped several thousand people to build up a part-time income for themselves and thereby become financially freer.

In the coming months and years Tino Taupe would like to expand his coaching activities even further. His plans also include building an online university where he wants to help as many people as possible with their passion to build a successful business. Meanwhile Tino is already helping people as a co-founder of Gamechanger to make successful long-term investments and to educate themselves about financec.