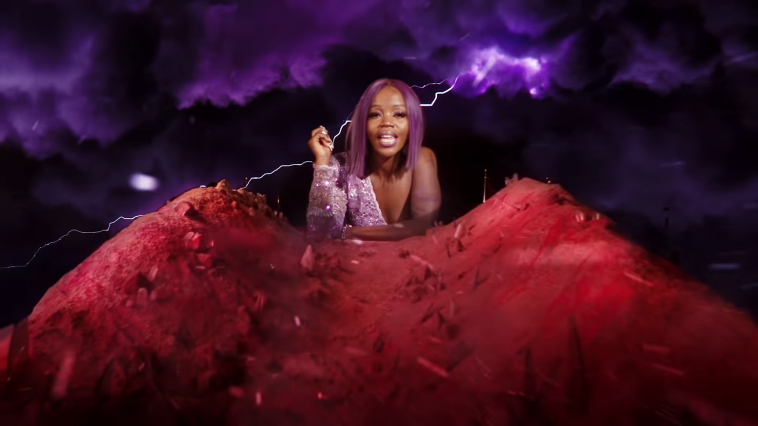 After a stratospheric 2020 that earned Tkay Maidza the #1 Best EP of the Year nod from The Needle Drop, Maidza returns with her new single and career-defining video for “Kim” featuring Yung Baby Tate.

“Kim” follows Tkay’s 2020 EP Last Year Was Weird, Vol. 2 and continues her trajectory as one of the most exciting new figures in Hip Hop. The song’s grimy synths, courtesy of producer Dan Farber, and Tkay’s stinging duck and weave rap attack are joined by Yung Baby Tate for a guest verse, who matches the energy with an extra layer of sharp-witted heat.

Speaking on the release of the single, Tkay Maidza reveals that the initial idea for the song came from Kim Possible, an iconic figure from her childhood – she always came out on top.

“I wanted to make a song to remind those who question me that I will always figure it out,” Tkay explains. “And once we started planning the video, we had the idea to add iconic moments from other famous Kims in my lifetime.”

Let us know what you think of Tkay Maidza’s “KIM” on Twitter: @CelebMix.