Our top 3 most underrated albums of 2015, from right to left: Carly Rae Jepsen's "Emotion", Grimes' "Art Angels" and Ryn Weaver's "The Fool".

2015 has been an amazing year in music. Artists like Justin Bieber, Taylor Swift and Adele have topped the charts for a majority of the year, and rightfully so. Albums like Swift’s 1989 have already proven to be incredibly influential and have already left quite an impact on the music world today. But some equally amazing albums didn’t receive the spotlight. Some were even arguably more deserving of that success. Let’s take a look at these criminally underrated albums of 2015.

*Note: Album titles and artist names are bolded, album tracks and singles are italicized. If a name is both italicized and bolded, it is both an album title and album track.

The British popstar returned from what seemed like an eternal hiatus after the re-release of her hit album “Halcyon” with a single for the popular Fifty Shades of Grey soundtrack entitled “Love Me Like You Do“. Shortly afterwards, Ellie revealed her upcoming album, “Delirium“, and released the lead single “On My Mind“, which peaked at #15 on Billboard’s Hot 100. “Delirium“, released in early November, debuted at #3 on Billboard’s Hot 200 with 61,000 units sold, her highest debut yet. While “On My Mind” proved to be a moderate success in the States, the album has yet to spawn another official single. With gems such as the Middle East-inspired “Keep On Dancin’” and the tribal “I Do What I Love“, we sincerely hope Ellie reconsiders this decision. In the meantime, we’ve still got Ellie on our minds. 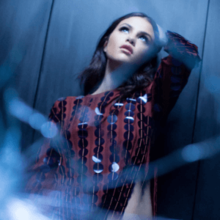 This ex-Disney princess shocked the world with her sexy, sassy lead single “Good For You” back in June. The single was a critical and commercial success, peaking at #5 on Billboard’s Hot 100, her highest chart position yet. And the album, “Revival“, lives up to the success of its’ lead. Songs like “Kill Em With Kindness” and “Me & The Rhythm” are sure to be stuck in your head all day. My personal favorite, a track co-written by Charli XCX, “Same Old Love” proves to be the album’s highlight. With improved vocals, empowering lyricism and an excellent bassline, “Same Old Love” details the hardest part of a relationship: the breakup. But as Gomez states in the title track “showing up, no more hiding, hiding, the light inside me is bursting, shining“, this record is a turning point in her career. This is her revival.

The indie pop legend Lana Del Rey surprised the world back in July by releasing the trap-influenced lead single “High By The Beach“. As someone who has been a huge fan of Del Rey’s work since her debut album, “Born To Die“, I can confirm that this was quite a change in musical direction for her. “High By The Beach” arguably describes Lana’s distaste for fame and the paparazzi particularly. “Now you’re just another one of my problems…because you got out of hand“, she sings. The music video, shot at her newly purchased mansion in Malibu, depicts an annoyed Lana being followed by a sole helicopter, which she proceeds to shoot down with a futuristic-looking gun. The album itself, which Lana describes as “muddy trap”, contains incredible tracks such as “Freak“, a track reminiscent of Charles Manson’s 1960’s glory days, the Italian-influenced “Salvatore“, and the sad but remarkable “Terrence Loves You“. Honeymoon debuted at #2 on Billboard’s Hot 200, selling 116,000 copies first week.

7. MARINA AND THE DIAMONDS  – FROOT 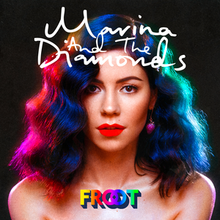 The British singer/songwriter Marina Diamandis unveiled the title track for her junior album last November entitled “Froot“. The title track, a disco-pop song reminiscent of the 1970’s and something quite unlike anything Marina has ever done before, proved to be a slightly misleading first listen of the album. “Froot“, the album, written ENTIRELY by Marina Diamandis herself, features a mix of indie rock influences and pop music. Although the album cover might suggest a happy, up-beat record, the album itself has more of a sadistic tone. “Underneath it all, we’re just savages, hidden behind shirts, ties, and marriages“, Diamandis sings on the track “Savages“. “I’ll ruin, yeah I’ll ruin you. I’ve been doin’ things I shouldn’t do.“, she claims in the song “I’m A Ruin“. But who doesn’t love an honest pop record? “Froot” isn’t all sadness; tracks like “Happy” and the stellar “Can’t Pin Me Down” showcase a confident and satisfied side of Marina. The album’s highlight stems from the track “Can’t Pin Me Down” in which Marina sings defiantly: “Do you really want me to write a feminist anthem, I’m happy cooking dinner in the kitchen for my husband.” Damn, girl. You slayed it.

The EDM legend Giorgio Moroder returned from a 23-year hiatus (and you thought the wait for the next Frank Ocean album was a long time) to release this compilation of club bangers. “Deja Vu” peaked at #1 on Billboard’s Dance/Electronic Charts. It features collaborations with Charli XCX, Kylie Minogue and Sia. The album’s highlight, a cover of the iconic “Tom’s Diner” with pop legend Britney Spears, features some of Britney’s best vocals to date and a catchy hook that even Suzanne Vega herself approves of. “Deja Vu” received mixed reviews from critics, earning a 3.5/5 from Billboard and a 2.5/10 from Pitchfork. Moroder has already proved himself to be a musical icon, so we doubt he’s upset by Pitchfork’s usual utter pretentiousness and lack of good taste.

In arguably the most interesting pop record of 2015, ex-The Voice contestant Melanie Martinez rose to the spotlight again with the August release of her debut album, “Crybaby“. A project extremely reminiscent of Marina and the Diamonds‘ “Electra Heart“, “Crybaby” is more than just an album; it’s a story. Physical copies of the record are even accompanied by a storybook. “Crybaby” tells the story of a young girl, plagued by a dis-functional family and tumultuous relationships, who comes to accept herself because “all the best people are crazy”. Albums tracks such as “Soap“, “Sippy Cup“, “Mrs. Potato Head” and “Pacify Her” mix childlike sounds and electronic music with intentionally shallow lyrics in arguably the best produced album of 2015. “Crybaby” debuted at #6 on Billboard’s Hot 200, selling 40,000 copies in its’ first week.

“M3LL155X” (pronounced “Melissa”) is the third EP from English singer/songwriter FKA twigs. In March, FKA debuted a music video for a track on the EP entitled “Glass & Patron” at the 2015 YouTube Music Awards. The video features twigs giving birth to a vogue battle. The EP itself was surprise-released in August of this year, with a short film to accompany it. The EP received universal acclaim, debuting at #63 on Billboard’s Hot 200. Kris Ex from Billboard described the extended play as “spacious, paranoid, and sultry,” but stated that the songs lacked hooks. Ex commented that even though the EP makes a statement, it also leaves unanswered questions. Songs like “Glass & Patron” and “Figure 8″ exhibit vocals similar to the late R&B singer Aaliyah and hypnotic, electronic instrumentals. The EP was released worldwide in physical form on 4 December. 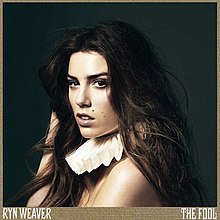 The debut album from American indie pop artist Ryn Weaver, “The Fool“, was released on 16 June 2015. Its’ lead single, “OctaHate“, was released almost a year prior, on 21 June 2014. “OctaHate“, written with Charli XCX, proved to be a viral success, peaking at #27 on Billboard’s Pop Songs Charts. The album itself, produced by Benny Blanco, Cashmere Cat and Passion Pit frontman Michael Angelakos, is an alternative pop masterpiece. Weaver experiments with lucid production and Bjork-esque vocals in the album opener, “Runaway“. She delivers Passion Pit production with the title track “The Fool“, and a beautifully done ode to her late Grandfather Max with the stunning “Traveling Song“. The album’s highlight is most definitely the closing track, entitled “New Constellations”. “What if there’s more?“, Ryn sings as the track evolves into chilling, excellent Cashmere Cat production. “The Fool” debuted at #30 on Billboard’s Hot 200, selling 13,800 units first week. We’re fools for you, Ryn, and we OctaLove “The Fool“.

“A bit of a mess.” That’s how 27-year-old Canadian recording studio artist Claire Boucher, otherwise known as Grimes, described a demo from her 4th studio effort, “Art Angels“, entitled “Realiti”. But the album itself, is quite a step away from reality. The album artwork, designed by Grimes herself, features a strange-looking humanoid with three eyes and a black braid. Grimes revealed the cover art on social media networks late in October and promised a music video to accompany her lead single within a week. Fans awaited eagerly for more information. Exactly a week later, as promised, Grimes revealed a November 6th album release date and unveiled a two-part music video for lead single: “Flesh Without Blood” and album interlude “Life in the Vivid Dream”. “Art Angels” debuted at #36 on Billboard’s Hot 200, selling roughly 11,000 copies first week. NME and several music publications have crowned “Art Angels” as their album of the year. Well, duh! Welcome to REALiTi. 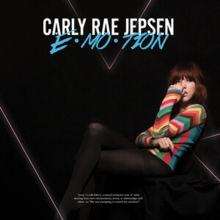 “Emotion” (stylized as E•MO•TION) is perhaps the most criminally underrated album of this decade. Co-produced by Scooter Braun and Justin Bieber, Jepsen proved that she is more than just a one-hit wonder. And that’s certainly not as easy as it sounds. In December 2013, Jepsen told Idolator she had been working on her third studio album. She shared that the upcoming record incorporates pop and folk music, and channels Robyn, La Roux, Kimbra and Dragonette as influences for the studio sessions. It was tentatively due for release in the first quarter of 2014 but was pushed back. Jepsen stated that she would not rush the album, instead taking her time to make sure it was of quality. And it sure is! Carly explores dance-pop in a way many have yet to do, invoking 80’s synths and rhythms and incorporating them in a way so that they sound new and refreshing. With tracks like “Warm Blood“, “Boy Problems” and “Gimme Love“, it’s hard to pick a highlight from this stellar record, especially when every track is a gem! The album’s lead single “I Really Like You” peaked at #39 on Billboard’s Hot 100. The album debuted at #13 on Billboard’s Hot 200, selling 16,153 units. Billboard, Spin, Time, Tribeca Film and Business Insider named “Emotion” as Pop Album of the Year. Vice named the album the third best of the year, calling it a “sugar rush record”, as well as her “breakout record”. And we couldn’t agree more. We really really really really really really like this album. Congrats, Carly!

Download links for all the listed albums are available below.

What did you think of our list? Tweet us @CelebMix or let us know in the comments below!