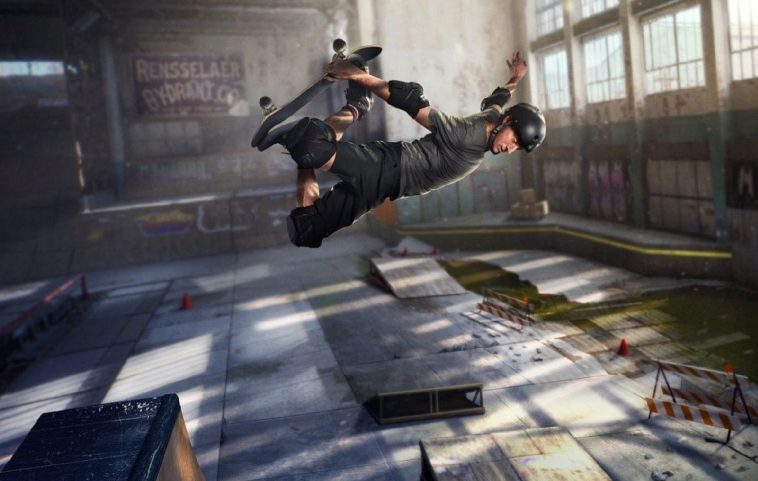 When many of us look back on our youth, we have beloved memories of spending hours of fun in front of the TV racing head-to-head on Mario Kart, playing as our favourite football teams on FIFA, and playing classic first-person shooters. However, there is one game like no other that takes pride of place in many old gamers’ memories: Tony Hawk’s Pro Skater.

Indeed, the first two instalments of Tony Hawk’s Pro Skater were so popular when released in 1999 and 2000 that they were remastered and released yet again 20 years later as a joint title Tony Hawk’s Pro Skater 1 + 2. This enhanced version of the instant classic was not just for die-hard fans, as one might have expected when you consider the nine plus other Tony Hawk skating titles that were released in the intervening years. The recent joint title release was the fastest-selling of all the skate games in the series, selling a whopping 1 million units in less than two weeks when it came out in 2020.

But what makes Tony Hawk’s Pro Skater such a classic and what keeps gamers coming back for more? The colourful point scoring systems? The easy-to-start yet hard-to-master controls? No doubt the skate games in the Tony Hawk game series have a lot going for them, from realistic graphics and superb gameplay. But one thing that is lodged in the mind of every fan who enjoyed these games was their genre and their decade-defining music with its video game soundtracks of American college rock, skate rock, punk, electro and hip-hop. Below, let’s unpick some of the most excellent titles from some of the best Tony Hawk game soundtracks.

Originally released by Public Enemy in 1988, it was the Anthrax-reworked 1991 version that popularised the song that brought it into popularity and won it a place in the Tony Hawk’s Pro Skater 2 video game soundtrack. This angsty chorus ‘Turn it up, bring the noise!’ is the ultimate fast-paced rock to encourage gamers to smash their personal bests while attempting rap along with the boys from Anthrax. The reworked song was such a success that it has been heavily sampled by everyone from Prince to Kanye West and the game itself is classed as having one of the best soundtracks in the Tony Hawk game series.

Everyone Is Someone In LA – Felix da Housecat

Set in Los Angeles, what song could be more appropriate for Tony Hawk’s American Wasteland soundtrack than ‘Everyone Is Someone In LA’? The electronic buzzing beat and catchy lyrics were not only appreciated by Tony Hawk’s fans but the track also appeared on SSX 3 and Need for Speed: Underground 2.

Anarchy In The U.K – Sex Pistols

Taking a major departure from the American-based video game soundtracks of previous skate games in the series, Tony Hawk’s Pro Skater 4 selected the classic punk rock anthem from one of the all-time greats from the UK punk scene. These screaming vocals, stoked by rebellion, are enough to get any gamer performing death-defying stunts (from the comfort of their living room, of course!).

If there is one example of what an influence Tony Hawk’s Pro Skater series had on the musicians it featured, it’s this track from the college rock group Bad Religion. After appearing in Tony Hawk’s Pro Skater 2, the track was rarely played live, not appearing on their setlist for 7 years. However, after the Tony Hawk game soundtrack for Pro Skater featured ‘You’ it soon became a staple for the group’s live shows.

Iconic hip-hop group Run-DMC wrote their bold and punky ode to Adidas in 1986 and its brash beats certainly stood the test of time. It was seen to be the perfect match to slamming down tricks on Tony Hawk’s Pro Skater 4, which was released a full 14 years after the song first aired. As well as skate brands like Tony Hawk’s own Birdhouse label, Adidas shoes and apparel also feature in Tony Hawk’s Pro Skater 1 + 2.

Who can forget riding down half pipes to summery rhythms of Goldfinger’s ‘Superman’? This track has made it into the top 10 lists of the most memorable/best-licensed songs in video game history time and time again and become the unofficial theme song to the Tony Hawk’s Pro Skater Series. You can’t hear the first few notes of this tune without immediately being taken back to those heady games of gaming delight.