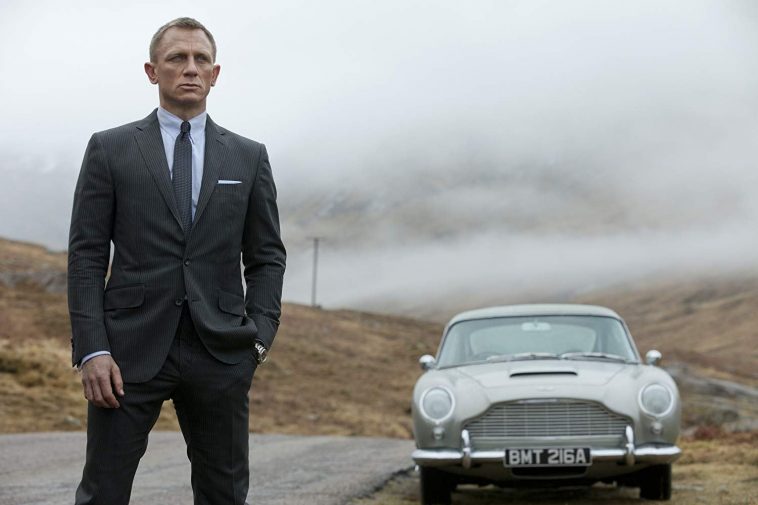 Action, romance, thriller- this is what every James Bond movie is all about. It is one of the longest-running film franchises in Hollywood. The 007 pursuit is memorial as it is been running in the cinemas since 1962 with Dr. No hitting the golden screen. The fan appeal of the James Bond movies is quite long because of its charismatic features.

Even the new millennium has also felt the presence of many ‘James Bond’ action-oriented movies. The year 2020 was all set to welcome the movie ‘No Time to Die,’ but its release is delayed to November this year. Apart from this, many powerful movies created a lasting impression for Bond.

So, here’s the list for binge-watching some of the greatest James Bond movies for the action fans.

This was released in the year 2002 and had many action-packed scenes. Die Another Day was Brosnan’s final 007 movie that involved chasing a hovercraft in North Korea through the Korean DMZ. The thrilling battle scene between James Bond’s ‘supercharged’ Aston Martin and a Jaguar is at par-excellence. Halle Berry’s performance as a notable Bond Girl is superb.

Another memorable yet casino-oriented James Bond movie was Casino Royale, released in 2006. Daniel Craig being shown in the title role along with many casino scenes where Bond is playing  Texas Hold’em poker table game against the villain. The Casino backdrop made this movie the gamer’s first choice too. Well, you can try your luck on this popular table game Texas Hold’em poker at any Super Casino. The action and direction of the movie are highly praised by Bond fans worldwide.

This 2008 movie is set on a mysterious theme where James Bond has to stop an organization from eliminating the country’s valuable resources. Quantum of Solace includes many spectacular scenes where he is been seen chasing a car and the grand final fight with the villain. At a few places, the viewers may find some mediocre scenes, but overall this is an amazingly shot movie in the scenic country Italy.

This movie, released in 2012, was a superb thrilling movie where James Bond needed to track and destroy the threat. Skyfall is an excellent and intelligent Bond movie that significantly explains the role of its characters, like Judi, that created a sympathetic backdrop for James Bond. Even the villain role by Javier Bardem was powerfully depicted in the movie.

An adventure thriller, yet the action-packed movie, is all about a sinister organization named Spectre. The movie was released in the year 2015. A hand banging and stupendous show are put forward in this James Bond movie. The kick-ass action sequences were shot in Mexico City. Lea Seydoux displays the ‘Veronica Lake-type’ sultriness, and the in the avatar of Geeky Q Ben Whishaw made a significant impact.

This is a very first yesteryear bond movie that rolled out millions of fans of 007 in the coming years. This 1962 movie Dr. NO is about James Bond, played by Connery. He is a dashing, cool, witty, dangerous, under-pressure, and above all, a daring spy. The Bond does everything right from traveling to exotic places across the globe to visiting local areas. He also gambles, flirts with beautiful women, falls in love, and above all, defends the world against the evildoer’s plots. This movie had started on a small scale, but its other franchise movies have made ‘James Bond 007’ as one of the compelling sequels of all the times.

Pierce Brosnan took over from Dalton in this Bond movie after the long break from movies. Brosnan made this movie his own and played the character significantly. Goldeneye is a 90s release that was put up in the theatres in the year 1995. This was also the first James Bond 007 movie after the ‘Berlin Wall fall,’ and it excellently exhibits the Post-Soviet world. It revolves around the secret mission-based storyline where Bond needs to retrieve the ‘Goldeneye’ weapon. Here, Judi Dench’s M made the first appearance in the Bond movie. It is also set in the backdrop of Russian city Moscow.

These are the top intriguing James Bond movies that have left a high impact on the minds of the viewers. You can find action, thrill, romance, flirting, gambling, etc. in these Bond movies right from the 60s to the present era. They have entertained the audience of every age, and remarkable presented the storyline. Most films have won Oscars or Academy Awards for best action, screenplay, actors, etc. What makes James Bond 007 different is the spy-based script that engages the audience for a long time. So, choose your favorite Bond movie and enjoy your weekends.