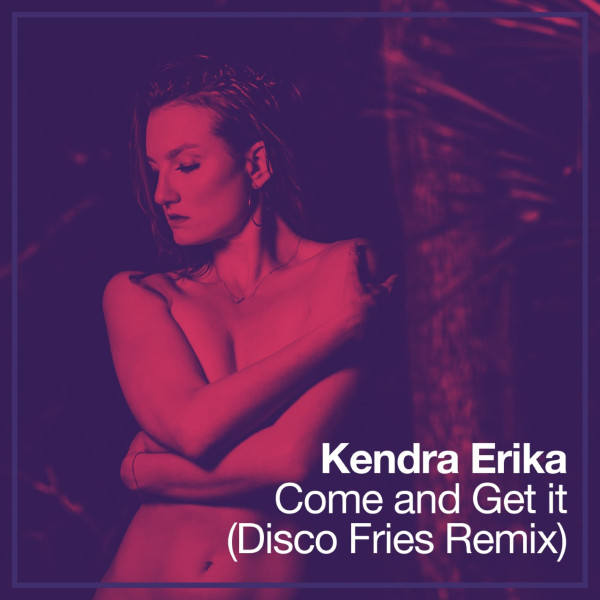 Dance/pop artist Kendra Erika teams up with superstar production duo Disco Fries on the remix of her hit song, “Come and Get It.”

Speaking about working with Disco Fries, Kendra Erika shares, “Really stoked to be joining forces with the Disco Fries on this remix. They have this amazing ability to add an explosive touch in their style, and the ‘Come and Get It’ remix is that song that gets you to, as Nike would say, ‘just do it’.”

Working with prominent producers and songwriters, Erika has dropped hit singles such as “Self Control,” So Fly,” and “Rapture.” The latter track, a collaboration with Ronnie ‘CHICO’ DiCicco (JLo, Rihanna, Britney Spears), was a Top 3 club hit in the UK and Europe. While “Self Control” topped Billboard’s Dance Chart and “So Fly” reached the Top 10 on the UK Dance Charts.

Produced and co-written by electro-pop hit-maker RUNAGROUND (Andrew Kirk), the original version of “Come and Get It” features a mid-tempo dance rhythm topped by Erika’s deliciously distinctive voice, flavored with exotic nuances.

The “Disco Fries Remix” rolls out on a thumping beat as Erika’s filtered vocals emerge. As a fat, vibrating bassline arrives, the tune takes on alluring, resonant depth, while Erika’s evocative voice glides overhead, imbuing the lyrics with smoldering, voluptuous flavors. It’s one of those mesmerizing voices dripping with tiny hooks of posh, swanky tangs.

Pervaded by risky savors and irresistible throbbing motion, “Come and Get It (Disco Fries Remix)” pulses with visceral temptation.