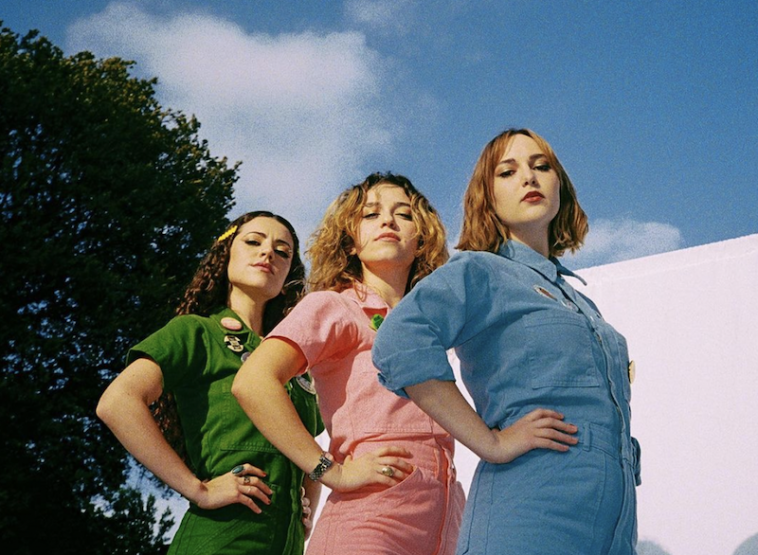 Fast-rising indie-folk trio, Trousdale, have released their sophomore EP ‘What Happiness Is’ alongside its focus track single “Love.”

The group, consisting of members Quinn D’Andrea, Georgia Greene and Lauren Jones, first captured the attention of millions with their cover of “Wouldn’t It Be Nice” and have now garnered support from popular artists such as the Jonas Brothers and Dan and Shay.

‘What Happiness Is’ features 5 tracks including fan-favorite “This Is It.” This project follows their debut EP, ‘Look Around,’ which was also released this year.

Through their sophomore EP, the group shows off their impressive songwriting abilities and remarkable harmonies. ‘What Happiness Is,’ although released within the same year as their debut project, displays tremendous growth both sonically and lyrically. The themes and messages portrayed through each track are beyond relatable and effortlessly easy for listeners to connect with in a personal way.

“What Could I Say,” for instance, will bring fans right back to a memory of the tension that always comes with having a disagreement. In an interview with Vents Magazine, Trousdale said: “We wrote ‘What Could I Say’ about that palpable energy in the room after an argument. In the aftermath of words spoken in anger, there’s a deep sense of regret and desperation to make things go back to the way they were before. It’s a song about wishing you had the words to fix something that feels broken or irreversible.”

Prior to this release, the group partnered with NPR Music for a stripped back live session. Viewers were able to tune in to hear some of the group’s most popular tracks performed live.

Fans in the New York and Los Angeles area will be able to see Trousdale perform live November 20th at The Echo in Los Angeles and on December 3rd at Rockwood Music Hall in New York.