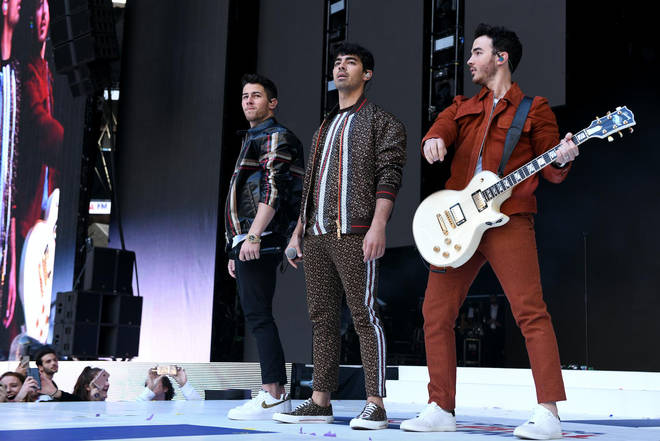 This week marks CelebMix’s fifth birthday so we’ve decided to celebrate by dedicating articles to some of our favourite celebrities. This one is all about the Jonas Brothers!

The Jonas Brothers have been the loves of our lives since 2005 although they broke plenty of hearts when they disbanded in 2013. With Joe, Nick and Kevin embarking on their own personal endeavours, we genuinely never thought we’d see the day where the Jonas Brothers would be back on stage together again.

Fast forward to February 2019 – the band announced their comeback and have been serving us incredibly well ever since. From new music, documentaries, music videos, collaborations, a world tour, and more, the Jonas Brothers continue to be the gift that keeps on giving.

Where do we start with this iconic performance? It literally has everything you could ever want from a Jonas performance: Nick singing ‘Jealous’, Joe also singing ‘Jealous’ and making us ask the impossible question of who sings it better, a little bit of ‘Cake By The Ocean’, the Jonas wives in full flow, Kevin’s sensational entrance and rocking out on a fire filled stage, a world class rendition of their comeback single ‘Sucker’, without forgetting that the happiness that Nick, Joe and Kevin radiate from being back on stage together.

‘Cool’ and ‘Burnin’ Up’ on Saturday Night Live

As TV performances go, we loved the JoBros on SNL, where they performed the laid back ‘Cool’ and high-energy ‘Burnin’ Up’. Surrounded by balloons, this is a fun performance which shows their old and newer music side by side, and guess what? They both sound fantastic.

‘Only Human’ at the American Music Awards

Streamed live from their Happiness Begins tour date in Boston, The Jonas Brothers’ American Music Awards performance saw them sing the reggae-inspired ‘Only Human’. This is a favourite of ours as obviously it includes the simple yet sensational pre-chorus tour choreography which never fails to make us swoon.

‘X’ on #GraduateTogether: America Honors The High School Class of 2020

Lockdown conditions don’t stop the Jonas Brothers from putting on a great performance. Appearing on #GraduateTogether: America Honors The High School Class of 2020, the brothers performed ‘X” using green screen technology, with collaborator Karol G also making an appearance as well as clips of dancers performing choreography to the song. We just love the feel-good factor of this performance as it celebrates the class of 2020 during unprecedented times.

Back in the summer of 2019, the Jonas Brothers performed in front of a crowd of 80,000 people at Wembley Stadium, London for Capital FM’s Summertime Ball. Their whole performance was sensational, but there was one moment which left us well and truly shook. During ‘Year 3000’, the Jonas Brothers brought out Busted (who originally wrote and performed the song) and all our boyband dreams came true. We’re still pinching ourselves that this actually happened because it’s that mind blowing.

What is your favourite Jonas Brothers performance? Let us know on Twitter @CelebMix