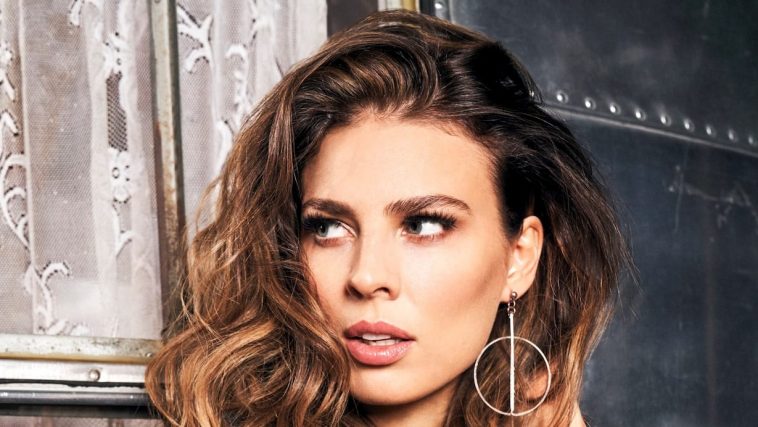 Rising York singer/songwriter Twinnie shared her much anticipated debut album ‘Hollywood Gypsy’ via BMG UK this past Friday (April 17th) – the record which was recorded across Nashville, London, and Sweden is an eclectic mix of pop and country sounds and is one of the best crossover records you are likely to hear this year.

The album has been supported by a number of hit singles including ‘Social Babies’, ‘Better When I’m Drunk’ and most recently the title-track which gives listeners a personal glimpse into Twinnie’s childhood and family history. The cinematic video for the song was shared earlier this week.

The stunning debut full-length release from Twinnie is a breathtaking arrival onto the scene and announces the English star as a bonafide singer/songwriter who is unafraid to tell it how it is.

And now in support of the ‘Hollywood Gypsy’ record, the former Hollyoaks actress has announced a competition in support of the CD. The prize draw is dubbed ‘Tea With Twinnie’ and will see one lucky winner receive a Zoom Call from the artist where she will chat and sing a few songs.

To be in with a chance of winning the ‘Tea With Twinnie’ Zoom session all you have to do is order a signed copy of the ‘Hollywood Gypsy’ from her official store; twinnieofficial.com – all those who have already purchased the record via the site have been automatically entered into the prize draw.

Along with the ‘Tea With Twinnie’ contest, it has also been announced that fans are able to purchase a digital download of the LP via twinnieofficial.com for £5 where you will also receive an exclusive video for the hit single ‘I Love You Now Change’.

Have you entered the Zoom competition from Twinnie? Let us know via Social Media!