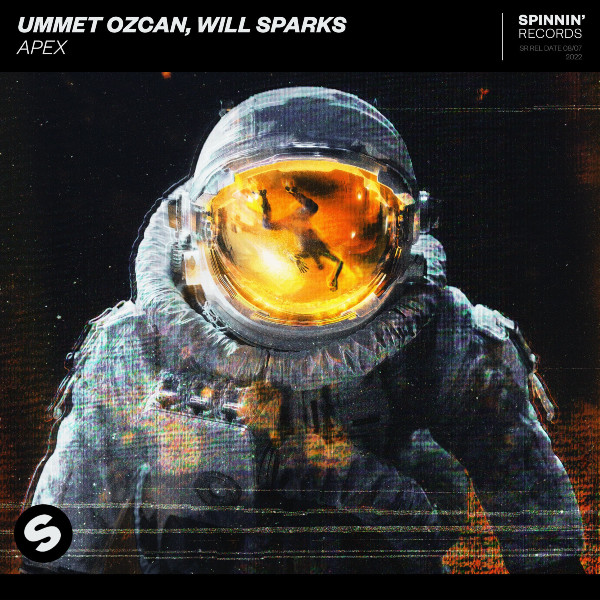 Talking about the collaboration, Ummet shares, “I’ve enjoyed working with Will on ‘Apex’ a lot, we are like brothers in arms and totally feel each other’s sound. Pretty excited about this one!”

While Will adds, “I have been a huge fan of Ummet from the earliest years. A big inspiration for my sounds and I’m so happy to be working together finally.”

Hailing from The Netherlands, Ummet Ozcan’s massive hits include “Beast (All as One), “Narcotic,” and “Toast Hawaii.” Bursting onto the scene in 2011 with the release of “Reboot,” Ummet followed with a series of knockout songs, including “The Box” and his W&W collaboration, “The Code.”

In 2018, he launched his own imprint, OZ Records, along with founding his software company, OzSoft, which will release the ‘Genesis Pro’ synth plugin.

Whereas Will Sparks is the godfather of the Melbourne Bounce, with sensations such as “Take Me,” “Tricky Tricky,” and “Devotion 2020.” Will has performed at elite festivals like Ultra Music Festival, Creamfields, and Tomorrowland. With more than 600 million streams and collaborations with Steve Aoki, W&W, Timmy Trumpet, and Priyanka Chopra, Will Sparks just keeps getting bigger and bigger.

“Apex” opens on dramatic swirling tones and then flows into a rumbling, muscular rhythm topped by dark, thrumming layers of synths. A soft, shimmering drop shifts the harmonics, followed by ramping back up to the galvanizing beat. Deep droning tones and percolating pops imbue the tune with tasty sonic juxtapositions.

Titanic resonance, heavy washes of dense coloration, and a colossal, driving rhythm make “Apex” one of the best dance songs of the year.