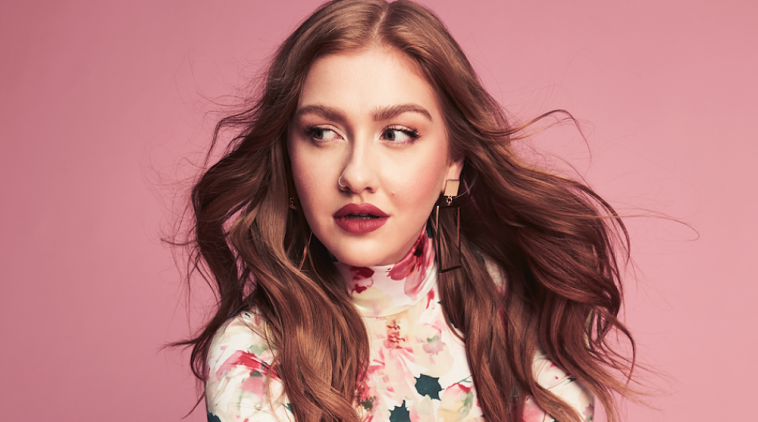 2021 has been off to a great start for Olivia Lunny, and that is not just emphasised with the release of her debut album! Which has been a very cathartic and incredible experience for her.

“Thank you so much! This album has been a very long time coming,” Olivia expresses to CelebMix on the release of her self-titled debut album. “Although I have released singles and an EP- there’s something so special about sharing an ALBUM in its entirety!”

This album feels like the summary of my relationship journey the past 3-4 years so releasing it feels like a weight off of my chest in the best way possible :)

Olivia wanted to self-title her debut album because it gives listeners the first deep look into who “Olivia Lunny” is as a developing artist and human being.

“Sonically, I had a lot of fun playing with the sounds and melodies in each song,” Olivia says. “Listeners will notice there’s a little bit of everything from ballads to up tempo bops etc!”

Going into this album Olivia was very open to whatever lyrics wanted to present themselves to her through the writing process. With that being said, she did have a goal of wanting to have balance amongst the tracks. Overall the whole process of creating this album allowed Olivia to include everything she wanted to say and more!

“This process for me was elevated on the creation side of things,” Olivia details on the creative process of her debut self-titled album. “I had the incredible opportunity to work with so many established producers and writers which was so inspiring.”

Going from writing songs on my own to working with multiple songwriters has been a very fun growing experience for me!

Up until now every song Olivia has ever released has significant inspiration from her own experiences. For this album, she wanted to push herself to not only include those personal songs but write some happier and more pop tracks. Music is a beautiful thing as it allows you to write from any perspective and feeling!

On which song Olivia would like listeners to pay particular attention to, she would say “Cold Coffee” and “The walls”: “These two are the most unique and pull from my roots in folk/fuse together my new sound,” she adds.

“I hope this album can act as the soundtrack to people’s lives!” Olivia continues, “I hope it can also bring people whatever they may need: comfort, energy, fun, etc!”

The remainder of 2021 is a busy time for Olivia Lunny as she has new music coming! She is also excited to already be working on new songs and collaborations as well.