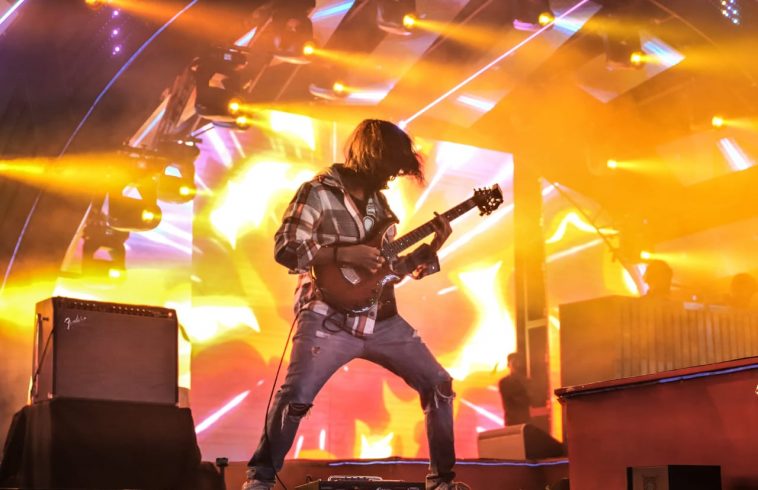 Everyone is caught in the rat race that is going on in today’s world, to feel at peace or alive we usually need an escape from reality. Sadly, we can’t find it in what we already do, we need a window to get out. Lucky are those who love their work to the point that it becomes the escape and passion one needs in his/her life to achieve great heights. One such person who loves his work to the end is V Play Music. V Play Music who also goes by the name of Virender Kumar. He is a signified guitarist. He is a well-praised and loved artist among the youth globally. His music has that essence that makes people directly connected with it.

Apart from being an amazing guitarist, he is a lyricist and music producer. He is also a part of an award-winning band called Sankraman. V Play Music is giving his best in all the fields of the music industry. He is a living example of one of those cases where people achieve their childhood dreams by constantly doing hard work and being determined towards their goals.

Music is everything his day starts and end with. He feels so much gratitude that he was lucky enough to discover music in his life. All that Virender is today comes to him from his music. Music had taught him so much and is the reason behind him having a peaceful mind, determined nature, reason to be happy and love himself more everyday.

He recently announced the launch of his new single called ‘A Place In My Dreams’. In the words of V Play Music,”The song definitely has very happy and chill vibes. It creates very dreamy atmosphere that you can literally feel moving away from reality for a bit and get lost in dreamland. And that’s why I named it A Place In My Dreams”.  According to V Play Music, The same happened to him during the time he was working on the song. And that is the story of how the song got its name.

V Play Music is someone who cherishes his work and of course, making his guitar sing.