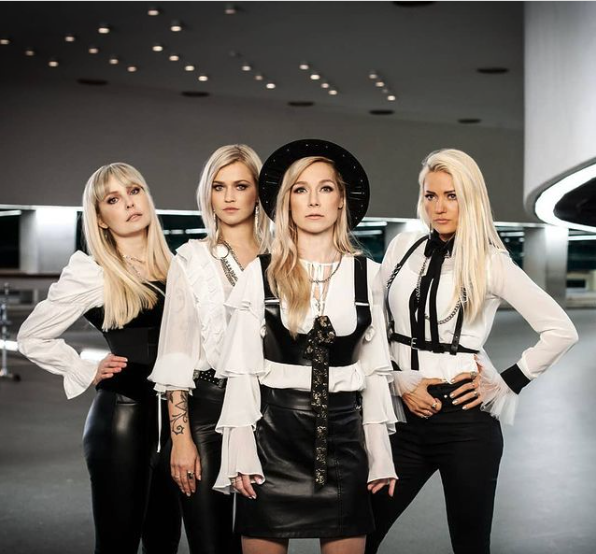 Are you “tough enough” to handle those news? Your favorite rock group, Vanilla Ninja, is about to return!

2021 seems to be the year of the unexpected comebacks! So far, we had the iconic German girl group “No Angels” announce their revival, as well as the Sugababes revealing a mini-comeback for the 20th anniversary of their debut album “One Touch”.

Now it appears that there is another iconic band from the early 00’s making their way into our lives again: Estonian girl group and rock band Vanilla Ninja.

After having teased their comeback earlier this year with the release of a YouTube video, it appears that they have now finalized their preparations. Their first big step back into the business is supposed to arrive on June 18 in the form of their first single “Gotta Get It Right”.

Their new music sees them re-connecting with their main musical collaborator, David Brandes, on their original label “Bros Music”. An album has been announced too and is set for a release later in the year, which we are more than excited about.

The best thing about it: They return in their four-part formation!

But before we dive into the new music next month, we thought we might take a walk down memory lane and look at some of their achievements with you.

With four platinum certifications under their belt in their home country, dozens of golden ones in other countries (especially in mainland Europe), as well as multiple top ten albums and singles, the girls have cemented their power and influence during their career.

One of their particular career highlights back in the day was their participation in the 2005 Eurovision. They represented Switzerland and managed to place 8th in the grande finale with their track “Cool Vibes”.

We hope that the comeback brings us as much rock’n’roll girl power as their first albums! Obviously, we will keep you posted about what is to come from the Ninjas in the future.

Are you excited about the comeback single from Vanilla Ninja? Tell us on Twitter @CelebMix!