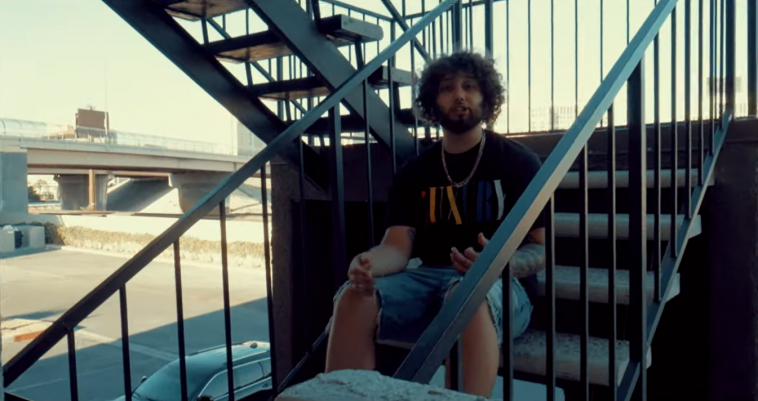 Taken from his latest EP, Vior has dropped the single and music video for his song “Stevie Wonder”. Unforgettable because of his fearless rap delivery, Vior really makes his mark with this song within the music industry.

Vior, real name Christian Viera, hails from Coatesville, Pennsylvania and has been working on his music career for a couple of years. His unique flow and intricate beats are gaining him fans around the world as he continues to make a name for himself. He has worked with the likes of Marvlus Beats (PNB Rock’s former producer) and Chef Pasquale. He’s definitely someone to watch as he paves a way for a great career in music.

Written by Christian Viera, “Stevie Wonder” is the second track in the six-track EP that he released a few months ago, titled Presidential. The music video that was released to accompany the single was shot by WizFX.

Talking about the track, Vior said: “I tell my life story through rap with a clear delivery. I’m fearless and willing to lay it all out there. I come from a small town that no one really knows about and I want to change that.”

Watch The Music Video For “Stevie Wonder” By Vior Here:

This song is undeniably unique, with Vior impressing on his rap delivery and interesting lyricism. “Stevie Wonder” has an infectious versatile flow that is defined by its awesome and creative vibes that are running through the backing track adding authenticity throughout. Vior impresses with this track alone and proves that he has a place in the music industry.

The music video has a relaxed trippy vibe running throughout and was filmed in Las Vegas, Nevada. We watch Vior deliver his song all chilled until halfway through the song where he starts to get into the track and starts to give passion and grit. We watch him spend time with his mates and spend time playing on a games console. An insightful visual into his life.

“Stevie Wonder”, the track by Vior, is available to download and stream right now.

What do you make of Vior’s new single and music video, titled “Stevie Wonder”? Let us know on Twitter @CelebMix.