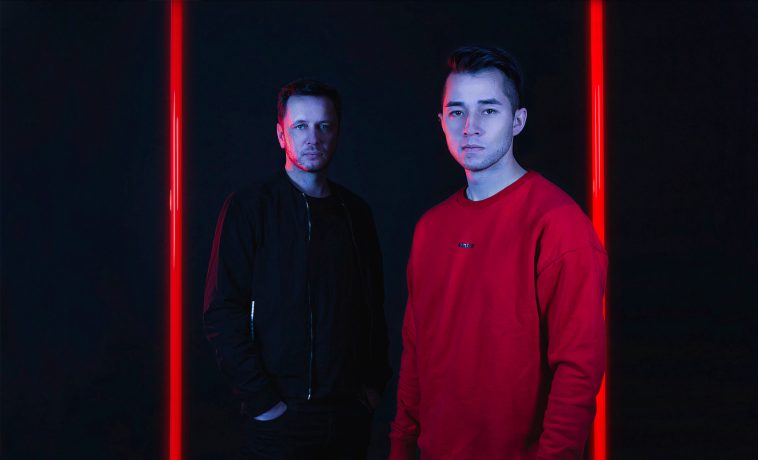 After finishing the last year off with 706 million streams on Spotify alone, German DJs and producers VIZE decided to kick off the new year with a special treat for their fans. It comes in the form of brand new single “Dancing Alone” which doubles as the official start to their new era.

Known for being the creators and main drivers of the current slap house style, their recent release “Dancing Alone” sees VIZE dabbling with new musical elements. The song takes the BPM down a notch and the listener into a more melodic and festival-ready direction, a perfect preparation for the (hopefully happening) upcoming season. “We wanted to start the new year with one of our favourites! ‘Dancing Alone’ has the perfect blend of soulful & melodic EDM for us and is music for the (…) clubs of the world“, the duo say about the release of “Dancing Alone”.

The song follows some high-profile collaborations during the last year, among them the Gold-certified “White Lies” with Tokio Hotel (which also served as the soundtrack to last year’s season of “Germany’s Next Top Model”, hosted by Heidi Klum), as well as releases with Icona Pop (“Off of My Mind”), Papa Roach (“Core (That’s Who We Are)”) and Alok (“Love Again”).

Listen to the new track here:

The duo also uploaded a visualizer on YouTube which you can check out here:

“Dancing Alone” was released via Crash Your Sounds (under exclusive license to Epic Records Germany). It was written by Tobias Felix Kuhn, Amy Yon, Julia Sinclair and VIZE member Vitali. Production was handled by the latter as well as Mark Becker.

The song is available for purchase and streaming on the digital retailers and platforms of your choice. Find yours by clicking here.

What do you think about the new VIZE release “Dancing Alone”? Share your thoughts with us on Twitter @CelebMix.