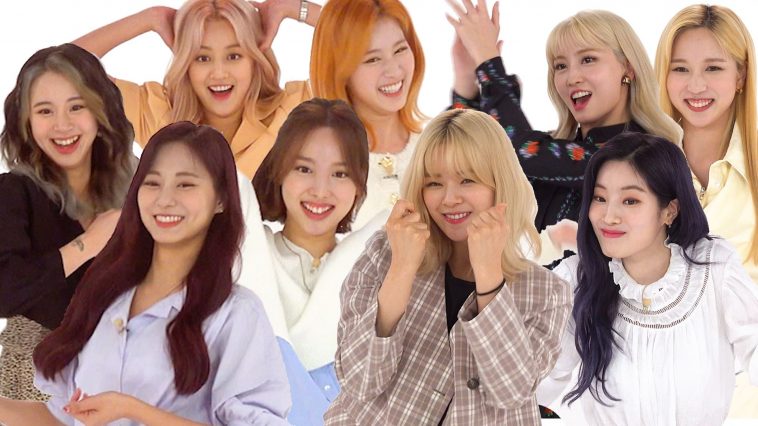 If you haven’t jumped on the TikTok bandwagon yet, what are you waiting for? Just about everybody is using it these days while at home quarantining because it’s perfect for short-form entertainment. Each video is only a minute long, which means you can watch countless videos back to back. The app also caters to whatever videos you like best, meaning if you prefer watching only K-Pop videos, that’s no problem. It’s fun watching our favorite creators take on the latest dance trends, but what’s even better is seeing our fave celebrities do them. Fans know TWICE are pros when it comes to performing choreography, so when they were asked to try TikTok’s most popular dances, they were all for it.

For those unfamiliar with Cosmopolitan‘s TikTok Challenge Challenge YouTube series, let us fill you in on how the game works. First, a celeb gets a practice round, during which they watch a TikTok video featuring a popular dance craze and then try their best to recreate it as their bandmates watch. Afterward, the countdown begins and they get to take on the dance for real. In the end, the members pick which girl performed their dance the best.

First up this round was Nayeon with Kesha’s “Cannibal.” Of course, she totally slayed. Jeongyeon then made it rain money during her performance and she finished it by hitting “the woah.” TWICE’s dance machine Momo obviously had no problem following along, while Sana showed some flair by doing hair flips, and Jihyo shook her hips to Shakira’s “Hips Don’t Lie.” Mina was all smiles for her routine and Dahyun took on a redance.mix of “Say So.”Chaeyoung gave a hilariously iconic performance of a classical song, and finally, Tzuyu ended the round with an unforgettable dance.

TWICE isn’t named the Nation’s Girl Group for nothing. Their years of training as K-Pop idols clearly made them prepared to take on any choreo after only seeing it only once. If you haven’t watched the video already, be prepared to be amazed because it’s all sorts of amazing. You’ll also love who TWICE picked as the winner of this round.

What did you think of the video? Who was your favorite? Have you listened to TWICE’s new album? Tweet us at @CelebMix to let us know!