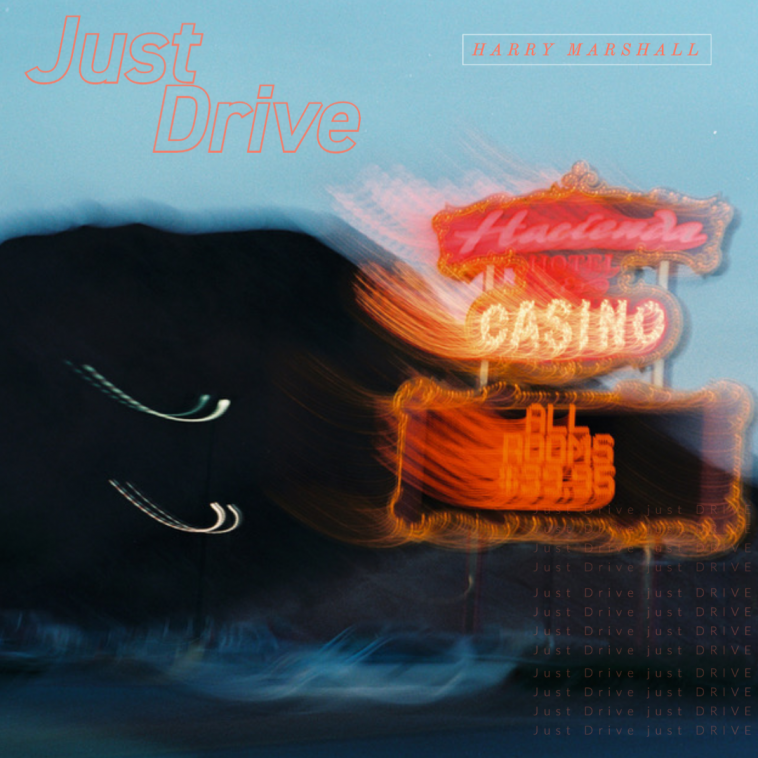 The heartbreakingly personal song delves into self destructive tendencies, toxic relationships and friendships.

Marshall’s raw lyricism sits perfectly on top of exhilarating guitar licks and gradual drumming, making Just Drive one of his most exciting records to date!

It’s hard not to understand Marshall’s ever-growing fan-base, with his undeniable talent and obvious love for performing.

Unsurprisingly, the song covers were extremely well received, so Marshall and the band decided to make it and EP with 100% of profits donated to NHS charities.

We caught up with Harry ahead of the release of Just Drive, to chat all things new music, how he has dealt with lockdown, and why he started ‘Quaratunes Unmastered’.

Hey Harry, how’ve you been?

Hey! It’s been an interesting time I’ll say that, overall though I’ve been good.

Well your new single Just Drive is out today! Tell us all about it.

Just Drive has been such a long time coming – around six years coming to be exact. I wrote it a very long time ago and recorded it three to four times once being in Nashville, and finally got it to a place I was happy enough to let you all hear it. It’s one of the songs I’m most proud of because, at the time, I felt a clear progression as a songwriter. The song encapsulates self destructive tendencies, toxic relationships and friendships all seen through the eyes of a character watching his best friends fall further and further into what could take his life but also give his life what its been missing. It’s all very dramatic honestly, its a bit of a ride.

You recently covered a bunch of songs you like for your ‘Quarantunes Unmastered’. Where did the idea come from?

Boredom I suppose, it all seemed very grim at the start of lockdown and I was on social media A LOT during that time and it was honestly just taking me sad. So, I was very bored and sad and thought everyone else must be this sad and bored as well, I might as well give them something that will brighten their day during such a bad time. I also didn’t take it too seriously either, hence the completely made up word being the title.

Well it’s now an official EP because it was so well received! What charity did you donate 100% of the profits to?

We have chosen NHS charities as we want to give back to all the care workers on the front line, working tirelessly and risking their own lives. We chose to do this because at the time when we decided to put this out, it just seemed like there were many more important things going on. We didn’t want to get in the way of these things being heard but rather just help add to the voices.

We love that! Talking about quarantine, how have you dealt with all your free time?

I actually decided to remove myself from social media quite a bit until now which helped a lot. But, mainly I just practiced things I always told myself ‘I was too busy to do’, like producing. I co-produced the whole Quarantunes EP with my guitarist Joe Devine. So, I guess I wasn’t too busy after all.

We noticed on your Instagram you may have had a little busking session here and there! What is it about busking for you?

Honestly, at this moment in time, if I can play live to an audience, I am happy. Busking especially lets me do this, now that they’re the only shows that are legal.

We bet you’re excited to hit the stage again when you can! Are there any shows lined up for next year?

We don’t have any shows booked yet because the future is so unclear as to whether we will actually be allowed to play them or not buuuuuut you bet once we know we can play shows we will being playing enough to make up for the last six months!

Considering the year we have all had, is there anything you have learnt over the last few months?

I’m excited about all the music we have recorded over the last two years, which – to me – is an achievement! But, I think the biggest thing I’ve learnt over this time is that even the humblest forms of performance, like busking or a sold out stadium show, can actually be taken away at any moment, and in this industry there’s already such a large amount of setbacks and no’s. So, if you have 30 minutes on stage to give yourself to the people, you better make that 30 minutes worth all the heartbreak.

You can find the series of Quarantunes Unmastered on Harry Marshall’s Instagram or listen here!

Tweet us @CelebMix with your thoughts on Harry Marshall’s latest track, Just Drive, and your favourite tune from Quarantunes Unmastered!